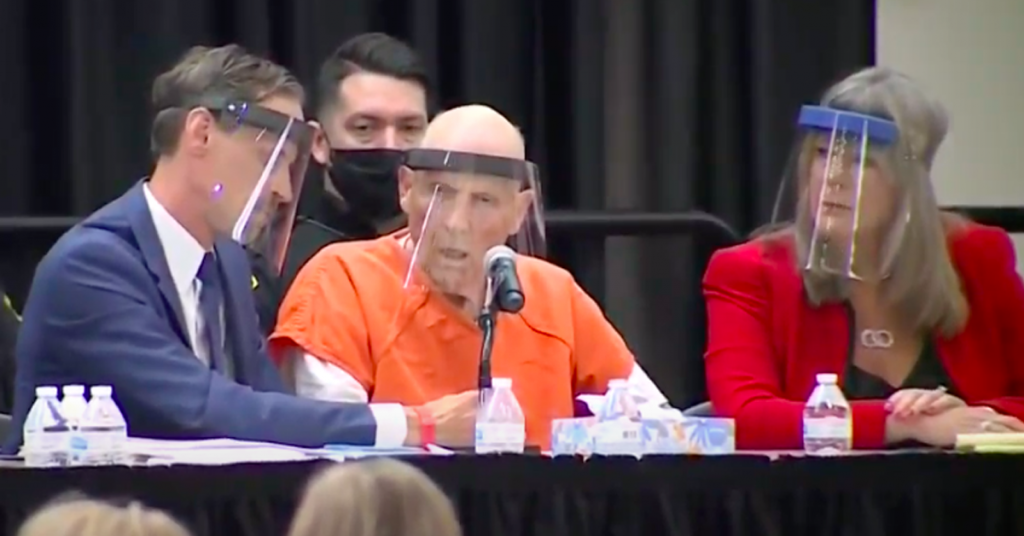 74-year-old Joseph James DeAngelo, Jr., best known as the accused “Golden State Killer” is pleading guilty on Monday to a number of first degree murder charges during a decade-long run as one of California’s most notorious-yet-unknown criminals.

Early in the proceedings on Monday morning, DeAngelo pleaded guilty to the Visalia-based murder of Claude Snelling, a journalism professor at the College of the Sequoias, which occurred in 1975.

DeAngelo’s hearing, occuring in a large ballroom at California State University, Sacramento rather than in Sacramento Superior Court, will include guilty pleas other uncharged counts during his 10-year span of alleged murders, rapes, and burglaries between the mid-1970s and mid-1980s.

The infamous killer struck a deal with prosecutors to enter his plea. The key condition of the agreement is that DeAngelo will not be sentenced to the death penalty.

California has not executed a felon convicted of a capital offense since Clarence Ray Allen in 2006.

This stoy will be updated.