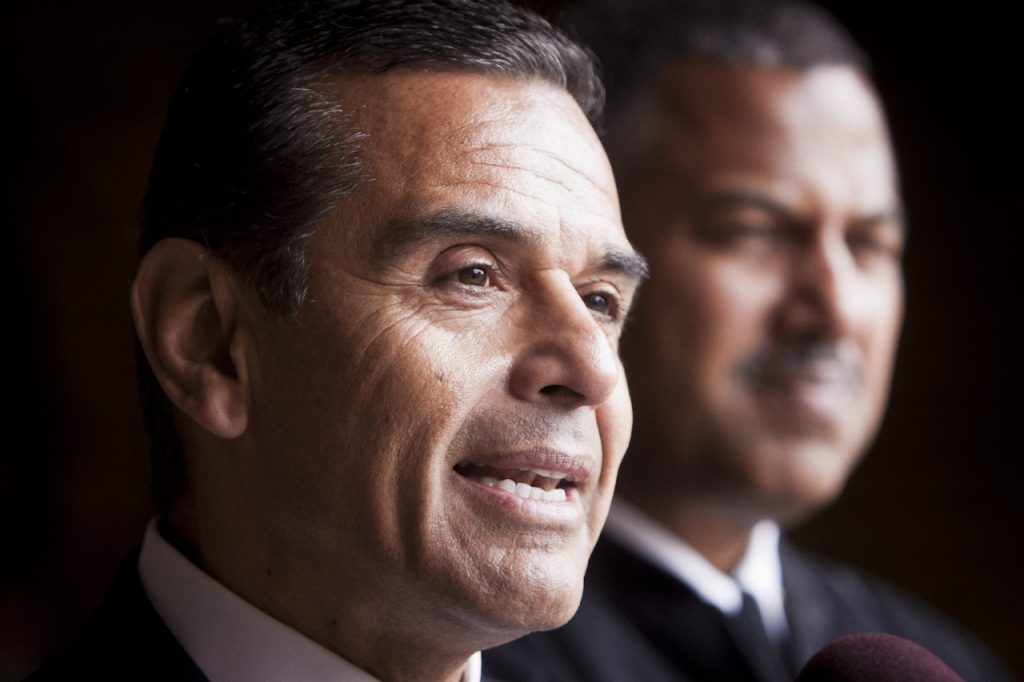 Days after organizers of the recall of Gov. Gavin Newsom announced that the current effort reached 1.95 million signatures, the parlor game of recall scenarios has slowly begun.

One scenario that – until now – had been suspiciously missing: Would a big-name Democrat with statewide appeal step-up and run on the replacement ballot?

The first – and only – time California undertook a recall of its Governor, that role was fulfilled by then-Lt. Gov. Cruz Bustamante.

The Valley native’s slogan for the campaign – “No on Recall, Yes on Bustamante” – is still a piece of campaign lore 18 years after he lost to Arnold Schwarzenegger.

In the heat of the 2003 recall, Bustamante was castigated for jumping into the race and undercutting Davis’ defense against the recall.

Monday, a minor flurry of activity arose for one Democrat in particular to take a stab, assuming the recall moves forward – former Los Angeles Mayor and Assembly Speaker Antonio Villaraigosa.

Villaraigosa, who left office in 2013, sought the Governorship in 2018, squaring off with Newsom in the June Primary.

Ultimately, the hopes of an all-Democratic runoff between Newsom and Villaraigosa were dashed when Republicans coalesced around San Diego County businessman John Cox.

Monday, San Francisco-based KCBS reporter Doug Sovern noted the choice facing California voters if the field of candidates for a replacement remain as they are currently.

Remember: unless a Democrat decides to run (@AVillaraigosa?), the #RecallGavinNewsom vote will be “Do you want to remove @GavinNewsom? And replace him with one of the following Republicans?” And it would take an unlikely switch of 1 million+ Dems & NPPs for that to pass.

Villaraigosa was recently queried about the prospect of running to potentially replace Newsom.

In an interview with Politico, the former Los Angeles Mayor demurred.

An hour after Sovern floated the notion of a Villaraigosa candidacy, Villaraigosa’s Hollywood Hills home hit the market for sale with a splashy announcement from the Los Angeles Times.

Meanwhile, Gov. Gavin Newsom heads to Villaraigosa’s hometown Tuesday to deliver his annual State of the State address from the field of Dodger Stadium in primetime, adding considerable voltage to an often mid-morning hum-drum speech from the floor of the State Assembly in Sacramento.

Coincidence? We’ll leave that argument to the parlor game.