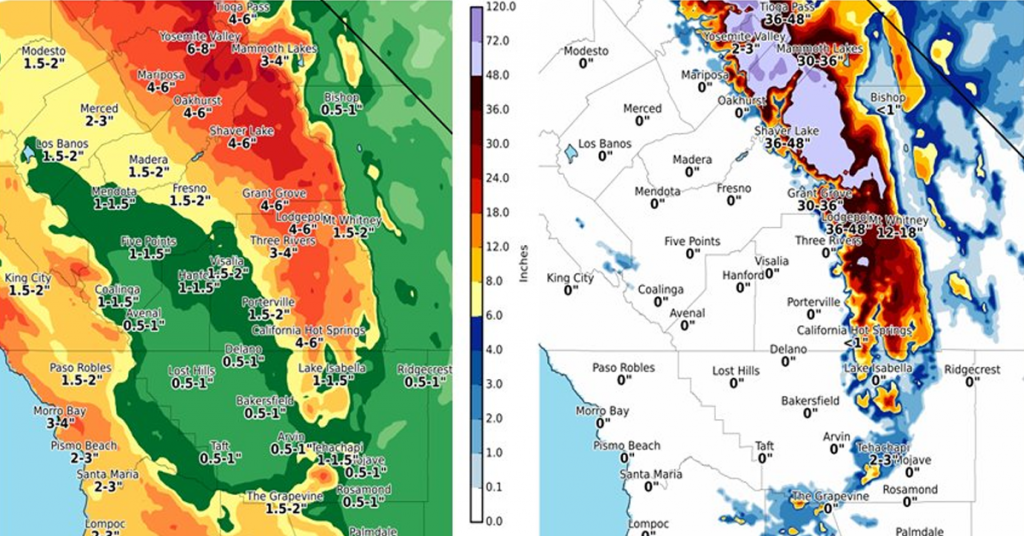 It’s been a slow start to the winter season in the western mountains, but a major winter storm is bringing several feet — nay, yards? — of snow to the higher elevations.

A potent front is working its way through the West, with heavy snow in Washington and Oregon beginning on Saturday.

But the storm is revving up as it moves into California on Sunday morning and taps into some tropical moisture, juicing the amount of precipitation available.

Snow will begin falling in the Sierra Nevadas with extreme amounts of snow expected on Sunday, Monday and into Tuesday.

“Yardsticks will be required to measure snow at some locations after this storm,” forecasters at the National Weather Service office in Sacramento wrote in their Thursday afternoon forecast discussion.

But even the California lowlands aren’t escaping the storm’s impact, with heavy rains forecast from the Bay Area all the way south into Los Angeles.