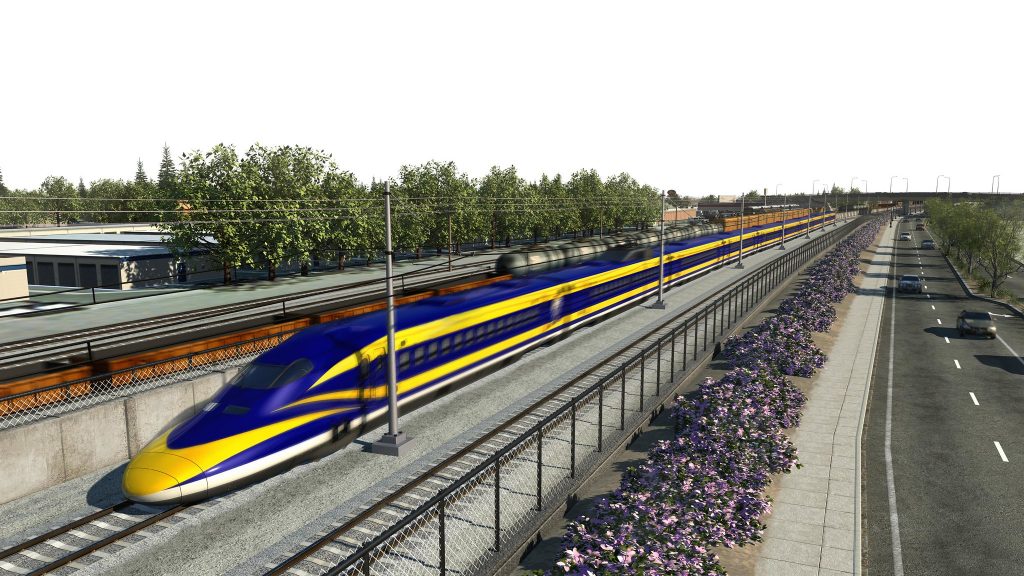 The cost to build California’s ambitious but long delayed high-speed rail line has once again risen, with rail officials now estimating it could take up to $105 billion to finish the line from San Francisco to Los Angeles.

The new cost estimates, released Tuesday as part of the California High Speed Rail Authority’s biennial business plan, are up roughly $5 billion from two years ago. The increases are due in part to new commitments aimed at minimizing community disruption, such as building enhanced noise barriers and distancing the train from the Cesar E. Chavez National Monument in the Central Valley, project officials said.

The increase also accounts for a $1 billion bump for the project’s currently-under construction leg between Merced and Bakersfield.

The project’s price tag has steadily risen since voters first approved nearly $10 billion in bond money for it in 2008, when the total cost was pegged at $40 billion. In the years since, the costs have kept climbing amid struggles to obtain the necessary land and other delays.

The first part of the line will run through the Central Valley; construction is underway, but no track has yet been laid.

Republican Assemblyman Jim Patterson of Fresno, a longtime critic of the project whose district it will run through, was unimpressed by the business plan’s hopes for receiving more federal money to build a double track.

“Given the embarrassing failures this project has racked up, I’d be surprised if the feds decide to throw more money at it,” Patterson said in a statement.

As the project waits for more funding from the Biden administration, the rail authority is also fighting for money from the state. Last year, the Legislature did not agree to Gov. Gavin Newsom’s budget request to release $4.2 billion that’s left in the voter-approved bond fund for the project. Democratic leaders in the state Assembly have been hesitant to release the money due to skepticism about the project’s overall approach and lack of sustained funding.