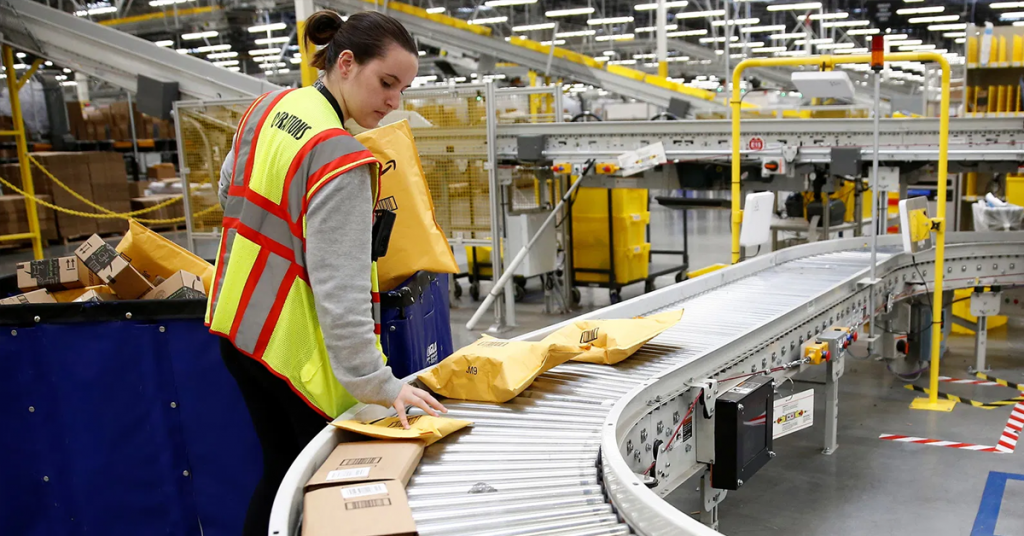 In 2019, just a few short months prior to the outbreak of COVID-19, California was experiencing one of the longest economic expansions on record, with over a decade straight of job growth. However, this incredible progress came to a screeching halt as the pandemic induced recession left the state staggering from a 16% unemployment rate at its peak.

A year later, the state is still struggling to bring its unemployment rate below 8%, and working class Californians have been hit the hardest. In order to achieve the economic success seen prior to the pandemic we must support employment opportunities here in California.

However, Assembly Bill 701 will do just the opposite.

This bill, introduced by Assembly member Lorena Gonzalez, is well-intentioned and seeks to provide increased protections for warehouse employees. However, it is based on a false premise – that workplace performance metrics are inherently unsafe and lead to workplace injuries, and that AB 701 will improve protections for workers. However, under current California law, employers are already obligated to provide their employees with a safe workplace environment, and any employer who implements a quota that forces their employees to disregard existing health and safety standards is already in violation of California law, rendering AB-701 redundant.

As such, AB 701 provides no significant benefits to the safety of warehouse employees, while the additional regulations imposed by this bill will likely lead to a large-scale exodus of jobs from our state. Over the past few years, large employers have already been leaving California and relocating their headquarters and entire operations out of state.

The California Policy Center which tracks such moves, reports that more than 50 large corporations have exited our state in the last seven years, with the majority departing in 2019 and 2020. And what are those businesses taking with them? Critical jobs that Californian families need to survive and thrive. It is devastating to communities when a major employer relocates and leaves people scrambling to find a new job. And the people hardest hit by a sudden and unexpected job loss are already marginalized and lower-income communities.

Despite its best intentions, AB 701 will have very real, very harsh consequences for every day working-class Californians. With Texas and Arizona beckoning, those who work in these warehouses and distribution centers are going to be the ones hurt if this legislation gets signed into law. It will not only leave thousands of warehouse workers stranded, it will have far-reaching effects on the entire community and downstream supply chain, hurting truck drivers, service workers, and many others. Meanwhile, the companies will be just fine.

Corporations need to be regulated, and ensuring the health and safety of hard working Americans is, and should continue to be, a priority for Lorena Gonzalez and other members of the California Assembly. However, chasing away employers at this point in time, with no substantial benefits for employees, as this bill does, is simply reckless.

I know that California lawmakers are committed to revitalizing this state’s economy, and are determined to provide good, safe jobs for every Californian, and I’m hopeful they’ll recognize just how detrimental passing AB 701 would be to this cause.

Joe Denham
Joe Denham is the Board Chairman of the Fresno Chamber of Commerce and Chief Executive Officer for Denham Resources.