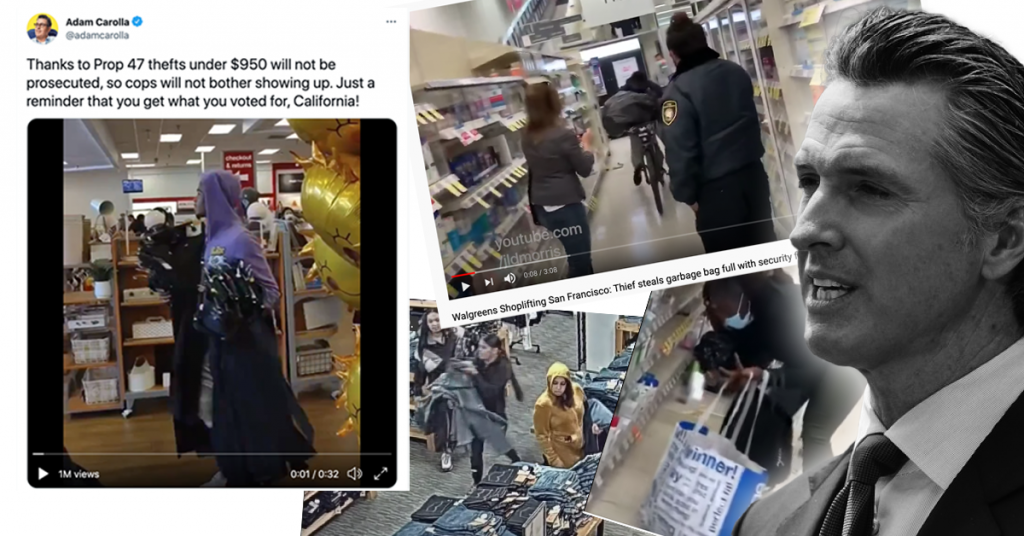 With a majority of Californians unhappy with Proposition 47, Republican lawmakers in Sacramento are attempting to repeal the 2014 ballot measure which reduced penalties on nonviolent felonies and decriminalized a number of misdemeanors.

Proposition 47 passed with nearly 60 percent support and flipped some felonies to misdemeanors.

Under the proposition, shoplifting, grand theft, receiving stolen property, forgery, fraud, writing a bad check and illegal drug use – all under $950 in total value or below a certain weight for drug use – are classified as misdemeanors.

If passed, AB 1599 would revert all of those crimes back to the previous $400 threshold.

The penalty for cannabis possession would not be changed.

“Increasingly, Californians are becoming aware that crime is exploding all around them and that the policies that are coming out of Sacramento, and particularly Proposition 47, are to blame for it,” Patterson said. “And now we have clear evidence that Californians are ready for a change.”

Patterson referenced a new poll from the UC Berkeley Institute of Governmental Studies poll and the Los Angeles Times which revealed that 59 percent of Californians support changing Proposition 47 to allow certain property crimes to be prosecuted as felonies once again.

On the other hand, the poll revealed that 30 percent of Californians would be in favor of keeping Proposition 47 as-is.

“By a margin of two-to-one, Californians are saying that the problem here is Proposition 47. They would like to see changes to it. Now we all have seen the smash and grab burglaries. We’ve seen the consequences of what Prop 47 has done, and the good news is that we are seeing a sea change in the attitude of Californians,” Patterson said.

“That’s why my colleagues and I have introduced a bill to repeal Proposition 47 and go back to the time when these criminals spent time in prison. They weren’t let out to run rampant in our neighborhoods. It’s time for the change. Californians agree with us, so we are going to push this forward, and we’re going to insist that Proposition 47 be changed.”

The bill is currently in the Committee on Public Safety.