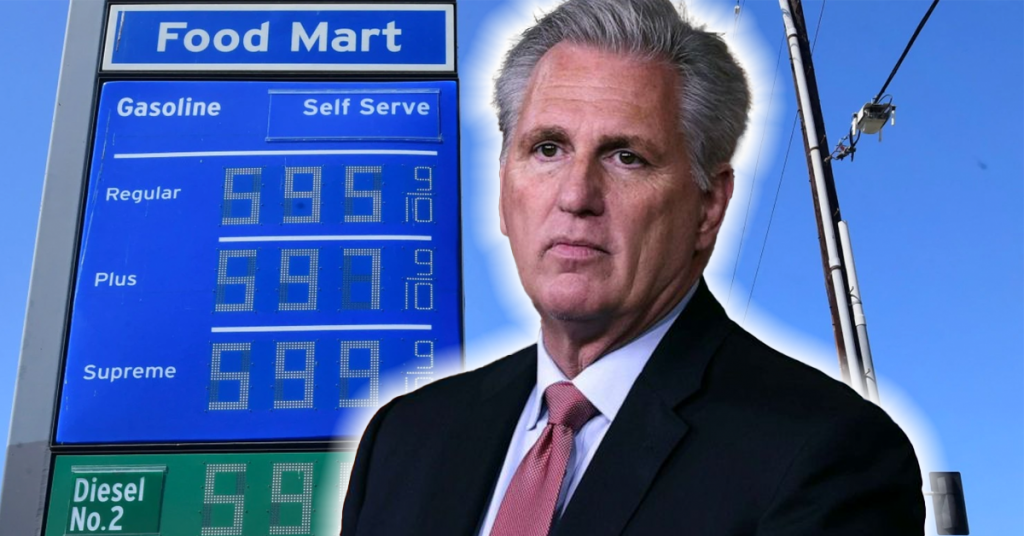 Kern County political leaders called on California Gov. Gavin Newsom to increase oil production in the state amid rising gas prices and the war in Ukraine.

Last year, Newsom promised to end all new fracking permits by 2024 and set the state’s goal to phase out all oil production by 2045.

According to a letter McCarthy sent to Newsom earlier in March, the state has approved only 67 new permits so far this year with over 1,000 applications still waiting.

“The sad part is if you stop producing it here, you’ll still buy it somewhere else, and who do you buy it from? Dictators that do not like our way of life,” McCarthy said. “We have now seen on a world stage of what they will do. They will murder. How do they have the resources to do it? You don’t quite realize it, is what you’re paying today. None of that has to be. We can be energy independent because of what God has blessed this country with, and one of the key areas is right here in Kern County.”

Fong pointed out that California is an energy island because of the lack of infrastructure and the transportation costs that prevent oil imports from other states, leading to a dependence on foreign oil even when other states increase production.

Grove urged Newsom to increase California oil production to be consistent with his environmental concerns, compared to how drilling takes place in foreign countries.

She pointed out that California imports over 51 percent of oil produced in Ecuador, which is harmful to the Amazon rainforest.

“If you look around us here, we’re not bulldozing down the Amazon. We’re not taking territory away from indigineous Indians,” Grove said. “We’re producing energy here that is safe and has a quality that is beyond any environmental policy anywhere in the world.”