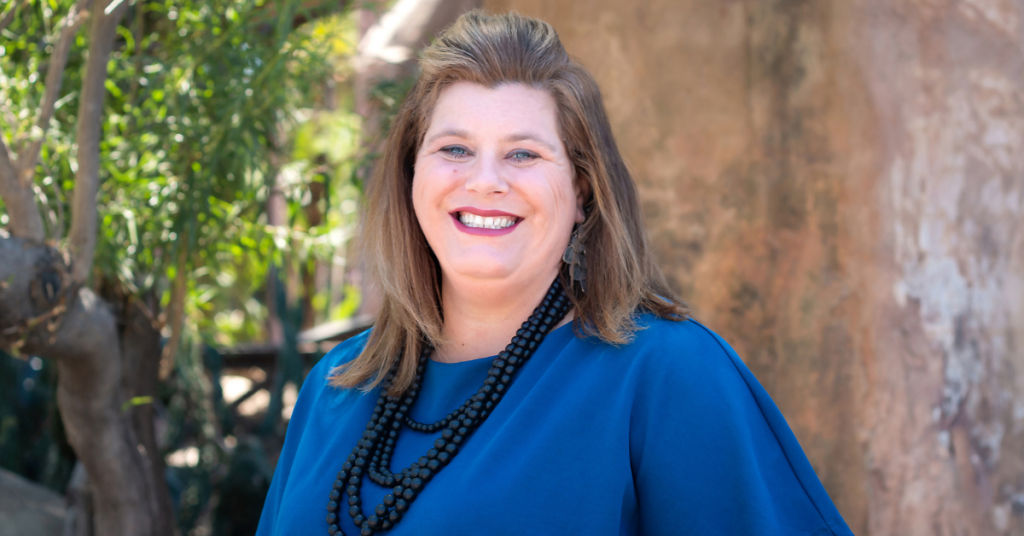 The next CEO of the Big Fresno Fair is a familiar face.

Tuesday, the Big Fresno Fair Board of Directors announced that longtime fair staffer Lauri King will take over as Chief Executive Officer on July 1.

King has been serving as co-CEO alongside Stacy Rianda since longtime CEO John Alkire retired in September 2020.

The board’s decision to promote King was a unanimous one.

“Lauri is a proven leader who is well-respected by our Board, her employees and Fair partners. Her work ethic, team-first focus, agricultural background and fair industry knowledge is extraordinary,” said board President Chuck Riojas in a statement.

“Most importantly, Lauri demonstrates an undeniable and contagious passion for the fair industry, our community and The Big Fresno Fair.”

After graduating from Cal Poly San Luis Obispo with a degree in Animal Science and a minor in Agriculture Communications and Agriculture Business, King joined the fair in 2003 under then-CEO Scott Anderson and stayed on when Alkire took over in 2004.

King and Rianda were responsible for leading the fair through the COVID-19 pandemic-fueled shutdown that resulted in the drive-thru event before returning to an in-person operation last year.

“At nine years old, showing animals at the California Mid-State Fair, I fell in love with what fairs stood for – how they celebrated agriculture and the best of the community. That appreciation has multiplied in my two decades at The Big Fresno Fair, as we have evolved beyond just an annual tradition. Our Fair is an essential part of our community – a source of education, cultural celebration and positive economic impact,” Kings said in a statement.

“A sincere thank you to the Fair Board for this opportunity and the leadership that has guided our success as an industry and community asset. I look forward to building upon our strong foundation and elevating The Big Fresno Fair for our team and the community.”

In 2017, King graduated from the International Association of Fairs and Expositions Institute of Fair Management (IAFE), and she received the IAFE Certified Fair Executive designation the following year.

King has served on the Western Fairs Association (WFA) Board since 2015 and the California Authority of Racing Fairs Board since 2020.

She also was appointed to the Sierra Unified School Board last year.

“Lauri is a premiere example of what a leader is and should be. She’s known for her hands-on management style and passionate drive as a force of positive industry change, always striving for collaborative, innovative and mutually-beneficial solutions to programs and partnerships,” said Sarah Cummings, President and CEO of the WFA, in a statement.

“As a longstanding WFA Bobard member and now CEO of The Big Fresno Fair, Lauri has advanced – and will continue to advance – the fair industry, while ensuring it stays rooted in tradition.”