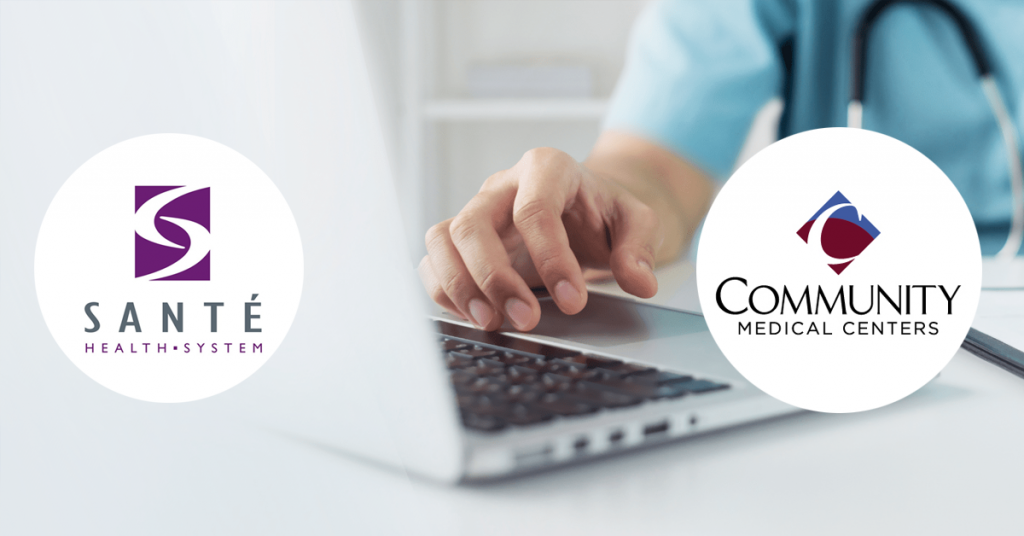 A Fresno software firm is suing one of the city’s largest physician networks alleging that it failed to pay more than $1.5 million in fees for the implementation and maintenance of a digital records management system.

Physician Network Advantage had provided digital records services to Santé dating back to 2013, the complaint alleged.

Santé would retain Physician Network Advantage for EMR services after making a request for funding from its hospital partner, Community Medical Centers.

Community, which is unable under California law to directly hire physicians to work in its facilities, provides grant funding to physician groups to pay salaries and cover the cost of other services, including the electronic medical records software provided by Physician Network Advantage, the complaint notes.

“This understanding was reinforced during the course of the performance of the Agreement through meetings and/or discussions that included [Santé Health Foundation], [Santé Health System], and Wells,” the suit reads. “The grant funding was to include sufficient funding to compensate Plaintiff [Physician Network Advantage] for fees relating to the initial implementation of the EMR services.”

Beyond one-time setup fees, funding requests for individual Santé doctor groups “was to include funding to partially compensate for monthly maintenance and support services provided for a certain period of years.”

Once a grant funding request was approved by Community, Santé would enlist Physician Network Advantage to start work on launching its EMR system within the specific doctor group.

The complaint hones in on an unnamed physician group, dubbed “Santé Physician Practice Group 1,” which sought to utilize the company’s EMR system in July 2019.

The firm was retained by Santé officials to launch its EMR system and demanded payment for its initial set-up in January 2020 in the amount of $318,750, the complaint reads.

Physician Network Advantage alleges in its suit that Santé either failed to follow past practice and make a grant request to Community Health System Centers or withheld the six-figure grant funds for EMR payments.

The same nonpayment issues further arose in other Santé doctor groups that had retained Physician Network Advantage, the company alleged in its complaint.

While Physician Network Advantage’s complaint provides alternative allegations related to nonpayment on its various services to Santé physician groups, it highlights a behind-the-scenes, high stakes battle between Santé and Community.

“At or around approximately April, May or June of 2020, PNA is informed and believes, and on that basis alleges, that CMC notified Defendants [Santé Health Foundation], [Santé Health System] and/or Wells that Defendant SHF would need to make certain changes in order to continue to receive grant funding,” the complaint reads.

“Defendants SHF, SHS and Wells, and each of them, represented to and assured Plaintiff PNA that they were working to bring Defendant SHF into compliance with CMC’s requirements to maintain their status as a proper recipient of grant funding.”

By the end of last August, the complaint alleges, Community “discontinued distributing grant funding” to Santé Health Foundation due to the network’s “failure to comply with CMC required changes in order to continue to receive grant funding.”

The complaint goes on to claim that Community committed to fulfill its grant obligations through August 2020.

Despite having its grant funding cut off by Community, Physician Network Advantage alleged that Santé officials continued to make representations that they were working to remain in compliance and keep funds flowing.

“Because of these representations and assurances, Plaintiff PNA continued to provide services to Santé Physician Practice Groups as requested,” the suit reads. “Plaintiff PNA would have stopped its ongoing services to Santé Physician Practice Groups under the existing arrangements but for the representations and assurances by Defendants SHE, SHS and Wells, and each of them, that they were continuing to work to bring Defendant SHF 6 into compliance with CMC’s requirements.”

In total, Physician Network Advantage alleges that the doctor network has failed to pay $1,550,660 in fees and claims Santé breached the contract contract, along with engaging in material concealment, intentional misrepresentation, and making promises without the intent to perform in pursuit of a fraud.

In a statement issued to The Sun, Santé officials said that the allegations waged by Physician Network Advantage were unfounded and “without basis in either fact or law.”

Ian Wieland, an attorney for Physician Network Advantage, pushed back hard on assertions made by Santé relative to Community Health System.”

“PNA is an independent business that is not controlled by Community and Community is not the parent organization of PNA.”

The litigation surrounding unpaid bills for software may seem a small matter, but it is just one of a number of battles between Santé and Community officials.

The two sides, once incredibly close partners end-to-end, are seemingly on the outs following the worst of the COVID-19 pandemic.

In late August 2020, as noted in the Physician Network Advantage suit, Community announced that it would be “relinquish its sole membership” in Santé Health Foundation.

“CMC has invested nearly $180 [million] in Santé Health Foundation over the years,” an FAQ from the then-newly formed Community Provider Network reads.

The Community FAQ cited legal barriers that cropped up amid the pandemic when the hospital “attempted to aid our physicians with the financial barriers caused by the COVID-19 pandemic” in their current relationship with Santé.

The hospital group argued that the same barriers are largely avoided in “more integrated systems.”

Community notes that, while it is a part-owner of Santé Health System, known in the healthcare field as a management services organization, it is distinct from the Santé Foundation.

The shift from close affiliation with the Santé Health Foundation to the new Community Provider Network and its companion nonprofit, Community Health Partners arrived with two goals, the hospital group argued.

The first? Integrating services as best as possible. The second? Ensuring no compliance issues arise.

The latter appears to be at the heart of the issues precipitating the break with Santé, per a statement from a Community spokeswoman to The Sun.

“Santé Health Foundation’s structure and operation didn’t mirror those of other California medical foundations, which was brought to their attention,” Community senior Vice President Michelle Von Tersch said. “Santé leadership chose to reject our concerns which forced Community to withdraw from the Santé Foundation in August 2020.”

In discussing the breakdown last August, Community pitched the shift to its own integrated physician network with a hopeful tone for relations with Santé.

“Although our relationship must evolve, we are proud of what we were able to accomplish together and are working toward an amicable path forward.”

More than a year later, acrimony appears to still be fresh in the air.

In late September, Community sued Santé and Wells alleging that they colluded with a different doctor group, which represents the hospital’s neurosurgical trauma team, to walk off the job on Sept. 2, 2020 – two days after Community ended grant funding for Santé’s groups and withdrew from its foundation.

In the suit, Community characterized Santé’s actions in the neurosurgeon walkout as a “scheme to both inflict damage on CMC and in an effort to use the potential of denying certain specialty lifesaving hospital services in an attempt to secure leverage over CMC.”