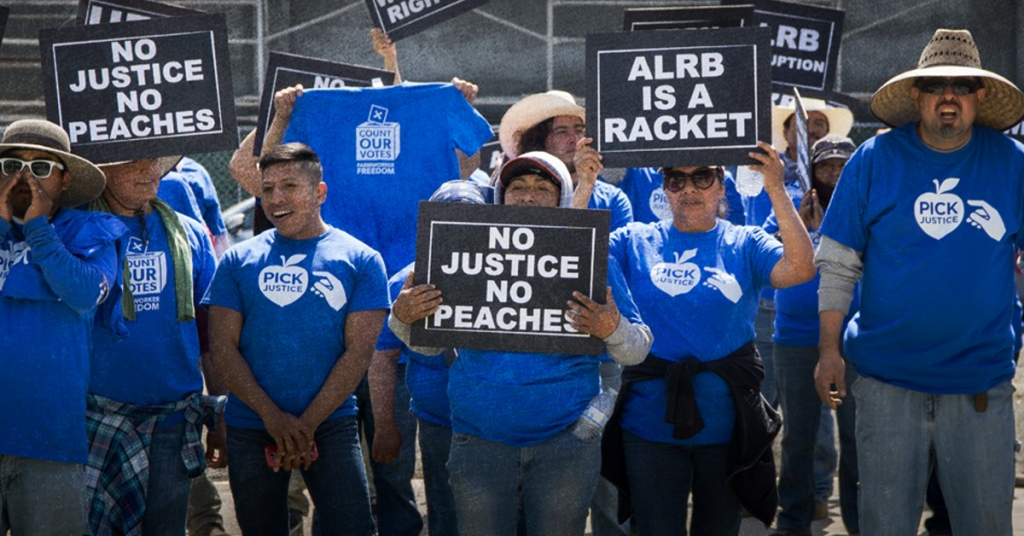 Agriculture groups are excoriating a California bill that they say will undermine the integrity of union elections for farmworkers.

The California Legislature passed Assembly Bill 616 last week with a 52-19 vote from the Assembly, which came a week after the Senate supported it by a margin of 24-11.

Under the new bill, which is at Gov. Gavin Newsom’s desk, farmworkers will now be allowed to receive ballots at their homes and fill them out outside of the workplace. Previously, all union elections were held in person as secret ballot elections.

Proponents of the bill, which was sponsored by United Farm Workers and introduced to the Assembly by Asm. Mark Stone (D–Santa Cruz), say it protects workers from potential illegal tactics from employers to dissuade them from unionizing.

On the other hand, opponents of the measure argue that it is a “card check” bill, which, in a union election, is a process where workers simply sign cards in support of unionization.

Employers must recognize the union if a majority of workers submit cards to unionize.

The “vote by mail” characterization by Stone and other supporters is seen as disingenuous by a coalition of agricultural groups that are staunchly opposed to the bill.

The California Fresh Fruit Association (CFFA) argued that the bill will limit the ability of the California Agricultural Labor Relations Board to provide impartial election supervision.

“The right to an impartial, secret ballot election, free from undue pressure, is foundational to the democratic process that all of us cherish as Americans. AB 616 would allow for interest parties (union) to deliver a representation card to a select group of employees to sign in their presence smacks of voter coercion and intimidation – an anathema to the democratic voting process,” CFFA President Ian LeMay said in a statement.

“The bill fails to even require that every employee of a company have the opportunity to vote on who or if they want to be represented.”

Western Growers President and CEO Dave Puglia called the actions of the legislature “ironic and shameful” for their decision to “strip farmworkers of their own democratic protections.”

“Despite misleading claims to the contrary, AB 616 is not a simple, benign shift to mail-in ballots,” Puglia said in a statement. “Rather, this bill aims to circumvent the democratic process entirely, and vests in union organizers the dangerous power to disenfranchise farmworkers and predetermine election outcomes.”

California Farm Bureau Federation President Jamie Johansson fears that the bill will lead to unions being formed without the knowledge of all employees.

“The fact is that there will be farm employees who show up to work one day, only to find that they are part of a union, without ever having an opportunity to voice their own desire,” Johansson said in a statement following the bill’s passing by the Senate.

“They are already suffering from lost jobs due to drought, reduced paychecks due to the overtime law and now the Senate takes their right to vote away.”

Sen. Anna Caballero (D–Salinas) did not cast a vote on the bill on the floor of the Senate.