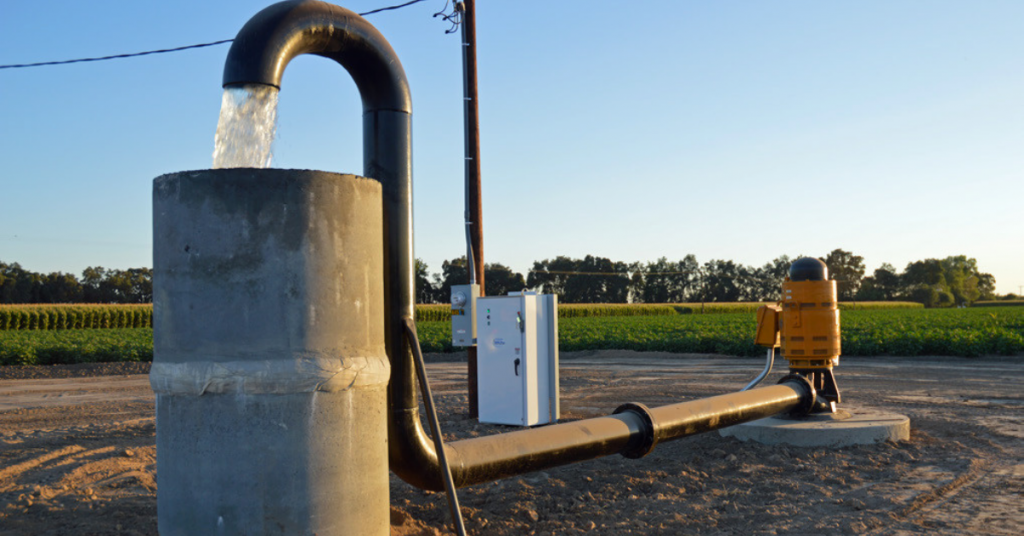 In front of a standing room only crowd, the Madera County supervisors met as the board of the Madera GSA on September 13, 2022, in the county office building.

The key agenda item was consideration of penalties for growers who exceed their water allocations. Over a hundred farm workers and their families were on hand, coordinated by local labor contractors and grower Ralph Pistoresi.

He has been vocal in his opposition to the per acre fees set in June to fund the groundwater sustainability plans (GSPs) in the subbasins covered by the GSA.

In the hour before the meeting, a large group of farm workers had gathered outside the building to listen to several speakers say in English and Spanish that the county GSA program would ruin the ag industry and thereby threaten their jobs.

The meeting room was full with several hundred people including a number of children displaying “Save Our Farms” posters. In the lobby outside the meeting room, more than 50 watched the proceedings on a large TV screen carrying the Zoom webcast.  The session lasted until nearly 4 p.m. with more than 30 people giving public comment, virtually all in opposition to the penalties.

There was much criticism of Irriwatch, the satellite system being used to measure the amounts of water used on growers’ land which determine if allocations are being exceeded.

Describing the status of the GSPs for the three subbasins, Madera County Natural Resources Director Stephanie Anagnoson said all are under review by the state but that it is required that the plans be followed even before approval. S

For the Madera Subbasin, she is hopeful for a formal DWR response by the end of October.

She said the fees approved for Madera ($246 per irrigated acre) and D-M ($130) will appear on tax bills this fall, with 50 percent now and the other half in the spring.

Because a Prop. 218 vote was rejected by property owners in the Chowchilla Subbasin, there are no fees to be applied, but there’s more on the Chowchilla situation to follow.

During public comment, local grower Ralph Pistoresi was first to the microphone. He opened saying the grant funding looked to him like a piece of cheese put on a mousetrap, with the state offering some funds but with so much more then required of property owners. He pointed to the audience and said that the decisions to be made by the supervisors affected these people who would not be receiving those funds. He said the Board was going to put agriculture out of business in the county.

Noah Lopez of the Madera Ag Water Association (MAWA) focused on Irriwatch and its measurements of ETAW. He said, “We’ve tracked this and, in many cases, Irriwatch over-estimates water use by as much as 150 percent, especially with pistachios which is deep rooted. He said as the Board considers penalties it needs to watch accuracy very carefully. He asked the Board to consider a streamlined meters appeal process. He said his group had submitted a letter for an alternative meter process.

Attorney Michael Titus of Wild Carter & Tipton said his firm had filed suit on behalf the California Unified Water Coalition to invalidate the Prop. 218 protest process that approved the GSA fees. He said these rates are special taxes disguised as fees, which are subject to different approval procedures.

He said these unconstitutional rates will sink family farms. He said his firm also brought action under California Public Records Act for documentation of the mechanism the county used to prepare the Prop. 218 vote. He said the county did not provide the required information.

Jim Maxwell of Agriland Farming says his company farms extensively in Madera and neighboring counties. He said the workers attending the meeting are our people who make Madera. The issue isn’t about agriculture. It’s about the whole county, he said.

If ag fails, everybody in Madera fails, he noted. Almond growers and walnut growers can’t break even.

Low commodity prices, high fuel costs and drought are among the problems. The idea of paying another $246 is a back breaker. He argued to adjust the fee to money Madera County actually needs, but can’t currently be done. Noting that his family farms in eight counties crossing multiple GSAs, Madera proved to be the most burdensome on the Valley floor.

At that point Anagnoson continued with a presentation on the Chowchilla Subbasin in light of the failed 218 vote.

Her slides documented the many public meetings held the past three years leading to the submission of the GSP.

The total cost was $204/enrolled acre per year for the first five years.

She said, the Chowchilla GSP is currently under review with DWR, but that the plan is very vulnerable to being deemed inadequate because there is currently no funding mechanism in place for County GSA projects, namely domestic well mitigation, participation in Sites or other purchase of water, recharge and land repurposing. She said all GSAs are impacted and that State Water Board intervention is possible in the Subbasin.

She identified three options: Do nothing and keep the current allocation. Reduce the allocation for 2023 on some basis to be determined. Or option three, enter into MOU with a Chowchilla grower group to fund and implement the Revised GSP as submitted to DWR on July 27, 2022.