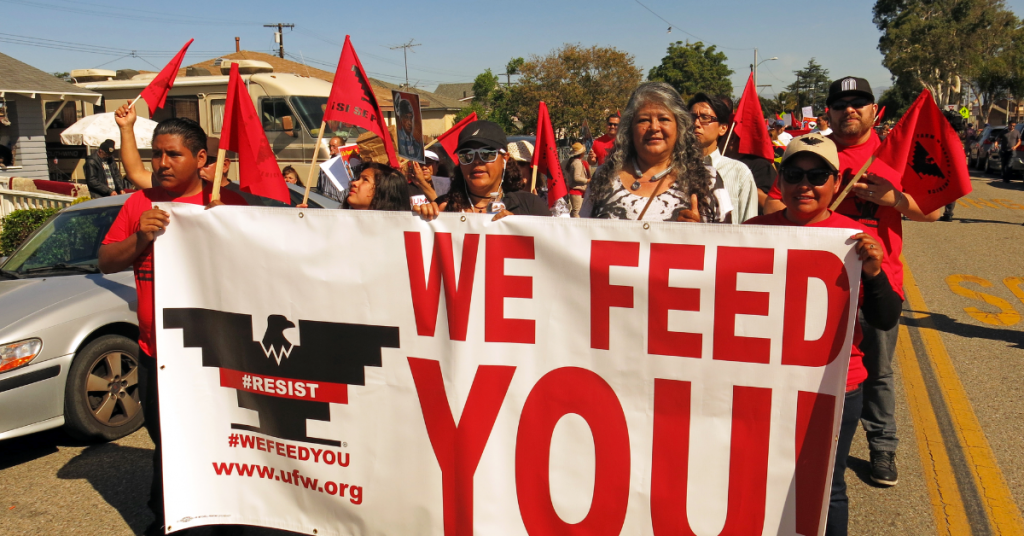 A group of California farmworkers are staging a march to Sacramento to urge Gov. Gavin Newsom to completely reshape how union elections are held for farmworkers by signing a bill he previously vetoed.

The farmworkers will finish their march on Aug. 26, a day which Newsom previously proclaimed to be Farm Worker Appreciation Day.

The bill, Assembly Bill 2183, if enacted would shift union elections away from the workplace and eliminate

If signed by Newsom, Assembly Bill 2183 would allow farmworkers to vote by mail in union elections rather than just on grower property, which supporters say promotes cynical voter suppression through abuse and intimidation by foremen, supervisors and labor contractors.

The bill – and a similar one from 2021 – are controversial proposal, with farm advocates claiming that the elimination of the secret ballot could create real-world instances of worker intimidation and coercion by UFW organizers with no oversight from state regulators at the Agricultural Labor Relations Board.

There will be 25 full-time marchers headed from Delano to Sacramento over the following weeks, with many farmworkers and civic leaders expected to join.

The effort attracted a surprising supporter: Fresno-based Roman Catholic Bishop Joseph Brennan is joining the group and is calling on diocese members to support and participate in the march.

March organizers said volunteer town committees have formed in the two dozen towns along the march route to receive, feed and house the participants every day.

It’s the second time in as many years the battered UFW and its members have staged a march like this.

Last year, just after surviving a recall, Newsom vetoed a similar version of the UFW-backed election bill, arguing that it contained “various inconsistencies and procedural issues related to the collection and review of ballot cards.”

The veto arrived on the first day of a UFW march to the Napa Valley-based French Laundry restaurant, where Gov. Gavin Newsom held an infamous dinner in the depths of coronavirus lockdowns.