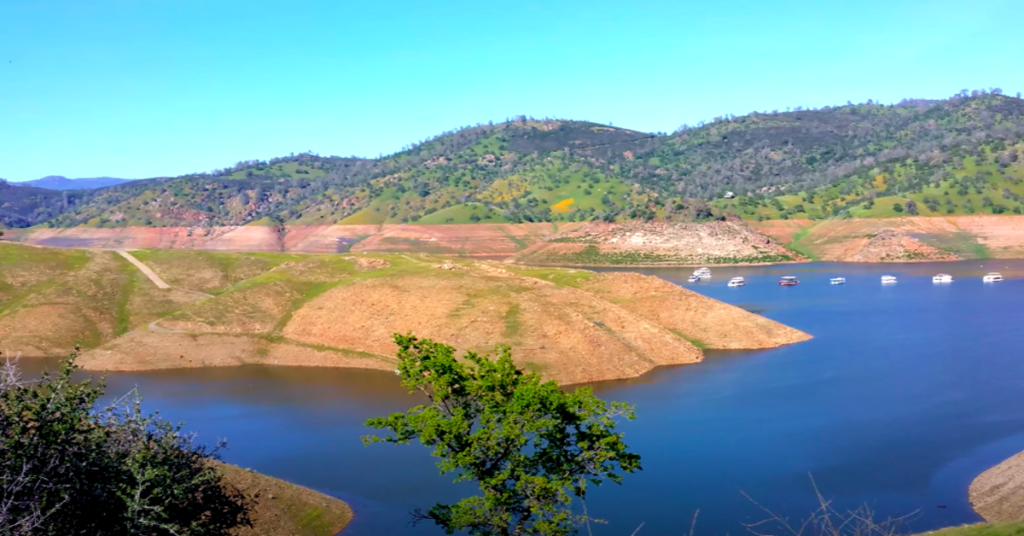 As California navigates a critically dry water year, many business-as-usual elements are getting a second look.

One such transaction is a proposed water sale by the Merced Irrigation District.

The district, which utilizes New Exchequer Dam and its corresponding Lake McClure to supply water users in Merced County, filed an application with the State Water Resources Control Board in March to transfer as much as 45,000 acre-feet of water to a bevy of water districts across the state.

The recipients of the proposed water sale stretched from Silicon Valley to southeastern Kern County.

The district estimates the water transfer would garner approximately $1.35 to $1.8 million in revenue.

The move drew the ire of sportfishers who, through the California Sportfishing Protection Alliance, contested the proposed transfer.

Two key lines of contention? First, that the water sale is a patchwork effort to solve underlying budget issues and second, that the move would leave Merced water users high and dry if it faced back-to-back critically dry years.

In a comment letter, the sportfishing organization argued that the water district opted to sell water to far-flung locales to balance its budget rather than raise price of water its users utilize to irrigate.

During the district’s February board meeting, MID general manager John Sweigard pointed to – among other items – slackening revenue from its hydroelectric power generation as an element of budgetary issues.

In meeting minutes, Sweigard noted that the district received “historically low market energy rates” for the power it generates.

For its part, the district also increased its cost of irrigation water from $40 per acre-foot to $50 in early March.

That, however, was insufficient progress for the sportfishers.

“Rather than relying on risky water sales to correct this structural deficit, Merced ID should bring its water delivery costs into line in order to cover its budgetary shortfall,” the letter from the sportfishing association reads.

Mike Jenson, MID’s spokesman, said that the district has regularly utilized water transfers as a method of supporting its budget.

“This has been a tool used by MID for decades,” Jensen said. “Like many other surface providers in California, to maximize the use of their water rights, storage rights and supplies while also creating revenue to support budgets.”

As for the other line of contention, the amount of water available in Lake McClure, the sportfishing organization pointed to the district’s new budget.

“With a below average snowpack in 2020, Lake McClure is anticipated to be at minimum pool level at the conclusion of the 2020 irrigation season,” MID’s final budget for fiscal year 2021 reads.

Lake McClure’s minimum pool level, or the lowest level from which water can be withdrawn, sits at 115,000 acre-feet.

MID’s Jensen, however, said that the district currently anticipates Lake McClure to sit at 300,000 acre-feet or more by October, more than double its minimum pool level.

Meanwhile, MID’s growers have no limitation on the amount of surface water they can use in the 2020 season.

“Growers will not be relying on groundwater to make up for any deficit of Lake McClure surface water as a result of any transfers in 2020,” Jensen emphasized.

The prospect of multiple critically dry years, however, would be no different than the past major drought, he said.

“MID has seen back-to-back dry years many time – the same as the rest of the State of California,” he said.

The plan calls for leaving roughly 40 percent of watershed runoff in rivers rather than allowing for diversion into storage facilities like MID’s New Exchequer Dam.

“Under existing MID operations and water rights, Merced-area water shortages generally occur in 11 of 93 years,” Jensen said. “Under the [Bay-Delta Plan], shortages would occur almost every two years, or 41 out of the 93 years.”

On the whole, the Bay-Delta plan would remove 300,000 acre-feet of surface water annually from the Merced Groundwater Basin.

MID, joining a bevy of other north Valley water agencies, is currently locked in litigation challenging the state’s Bay-Delta Plan, arguing it is an illegal water grab.

“We are much more concerned about the state’s [Bay-Delta Plan], which will impact and strain reservoir storage and local surface water supplies more drastically, and negatively, than any amount of water transfers MID has ever engaged in,” Jensen said.