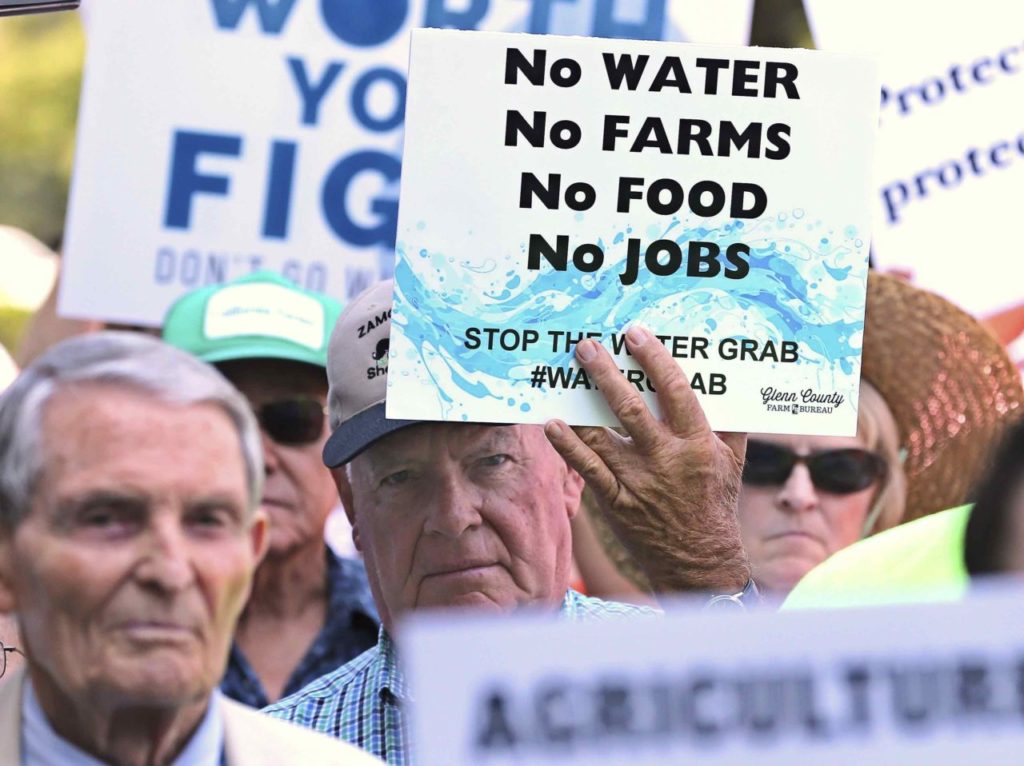 Just two years after President Donald Trump and his administration delivered sweeping changes to California’s water delivery system with major benefit to the San Joaquin Valley, the Biden administration is is seeking a reversal.

In 2018, Trump issued a memorandum to kickstart the issuance of new biological opinions governing the environmental rules that guide the management of California’s State Water Project and the Central Valley Project.

The last round of biological opinions governing the two projects were issued by the U.S. Fish and Wildlife Service, the National Marine Fisheries and the Bureau of Reclamation in 2008 and 2009.

At the time, Republicans, including Congressmen Devin Nunes (R–Tulare) and Kevin McCarthy (R–Bakersfield) saw the policy change as a benefit for Valley residents and farmers to receive more water.

The Trump-era policy switched to real-time monitoring of endangered fish populations in the Delta and reduced pumping during spawning and migration, but otherwise increased water delivery throughout the Valley with less restrictions for fish, such as the two-inch delta smelt.

Shortly after the policy change, California Gov. Gavin Newsom sought to sue the federal government on the basis that the new biological opinions were not scientifically adequate and fell short of protecting species.

In addition to the threat of litigation, Newsom also updated environmental mandates for the State Water Project aimed at halting any potential increase in water deliveries to users south of the Sacramento-San Joaquin Delta.

Two years later, the Biden Administration is siding with Newsom and preparing to throw out the Trump-era environmental rules.

The Bureau of Reclamation requested the reinitiation of consultation among the Federal and state agencies opinions, saying endangered species and critical habitats were not properly analyzed in the 2019 opinions.

Ernest Conant, the regional director for the Bureau of Reclamation, directed the U.S. Fish and Wildlife Service and the National Marine Fisheries Service to issue new biological opinions for the two projects.

Conant said the Central Valley Project will operate under the 2019 opinions, along with any interim measures due to the drought, until the new biological opinions are issued.