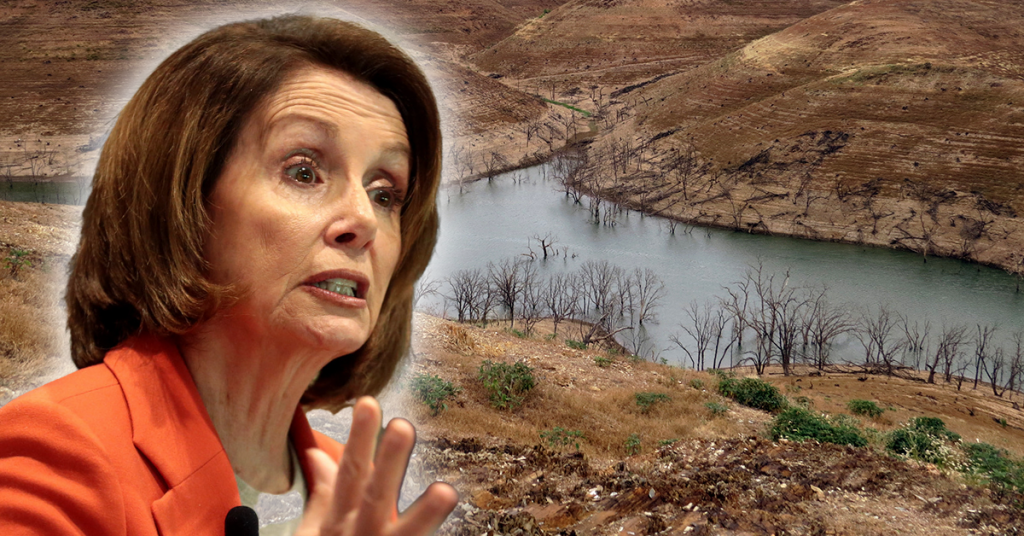 As California’s drought worsens, a frenzy of activity on Capitol Hill has emerged in a call for Federal authorities to respond to immediate and long-term water issues plaguing the Golden State.

Friday, members of the House Appropriations Committee got the latest round of drought clarion calls as Rep. David Valadao (R–Hanford) sought to include a set of policy amendments to the chamber’s Energy and Water Development Appropriations bill.

For Valadao, the gambit represented the top three initiatives to extend progress on drought resiliency and mitigate the harsh impacts of drought in the long-run.

“Water infrastructure in California is aging and it’s getting to a point where it’s not able to deliver the water we need,” Valadao said during the Friday markup hearing on a key funding bill.

Two are tied to a key Obama-era law that reset the state’s water battles during the Trump era. The law, known as the Water Infrastructure Improvements for the Nation (WIIN) Act, opened the door for new investment in water storage and infrastructure projects in the western United States.

The law authorized $335 million in spending on water storage and infrastructure projects in California, including the hotly-contested raising of Shasta Dam.

One of Valadao’s amendments sought to extend certain deadlines incorporated in the WIIN Act for an additional year along with granting the Secretary of the Interior greater flexibility in extending authorization of appropriations for water storage projects in the west.

The amendment was voted down via a 25-31 vote on the spending panel with California Reps. Pete Aguilar (D–Redlands), Barbara Lee (D–Oakland), Norma Torres (D–Pomona), and Lucille Roybal-Allard (D–Los Angeles) dissenting.

Rep. Josh Harder (D–Turlock) was the lone California Democrat on the panel to back the extension of deadlines for water storage.

“The fact is, the WIIN Act was an emergency response to the last drought that we had in our western states,” Harder said during debate on Friday. “And now we’re in another drought emergency across California. In fact, in many cases even worse than the circumstances that led to the WIIN Act in the first place.”

“And now, to be withdrawing support from proven projects that would be successful and important in a state of drought across California I think would be irresponsible.”

Yet, Harder stuck with his Democratic colleagues on a separate measure introduced by his neighbor to the south, which sought to codify the environmental guidelines governing water pumping via the Sacramento-San Joaquin Delta.

The guidelines, known as biological opinions, were authored in 2019 by the Department of Interior and Commerce as part of a new environmental review authorized by the WIIN Act.

Valadao’s amendment to codify the new environmental rules was blocked on a party-line, 24-33 vote.

Valadao introduced an amendment to authorize $400 million in spending for the next four years for grants to repair canal infrastructure in western states.

While the language of Valadao’s measure was tailored around a similar bill introduced by Rep. Jim Costa (D–Fresno) authorizing funds for Friant-Kern Canal, Delta-Mendota Canal, and California Aqueduct, it didn’t specifically mention any of the different California water arteries.

It was similarly voted down via voice vote.

In a statement after the hearing Friday, Valadao was dismayed at the lack of action on key drought initiatives mere weeks after Gov. Gavin Newsom called for a 15 percent reduction in water use in hard-hit communities, including the San Joaquin Valley.

“Today I introduced three amendments to address California’s crumbling water infrastructure, storage issues, and lack of operational flexibility for communities and farmers. Farmers across the Central Valley are being forced to tear up their crops to conserve water—crops that would have fed families across the United States and across the world. The wells serving communities in my district are drying up, if they aren’t already dry,” Valadao said in a statement. “Once again, my colleagues across the aisle refuse to acknowledge the fact that we have a crisis on our hands. I am incredibly disappointed that the Majority rejected my amendments — real people need our help, and it’s clear the Democrats are unwilling to provide it.”