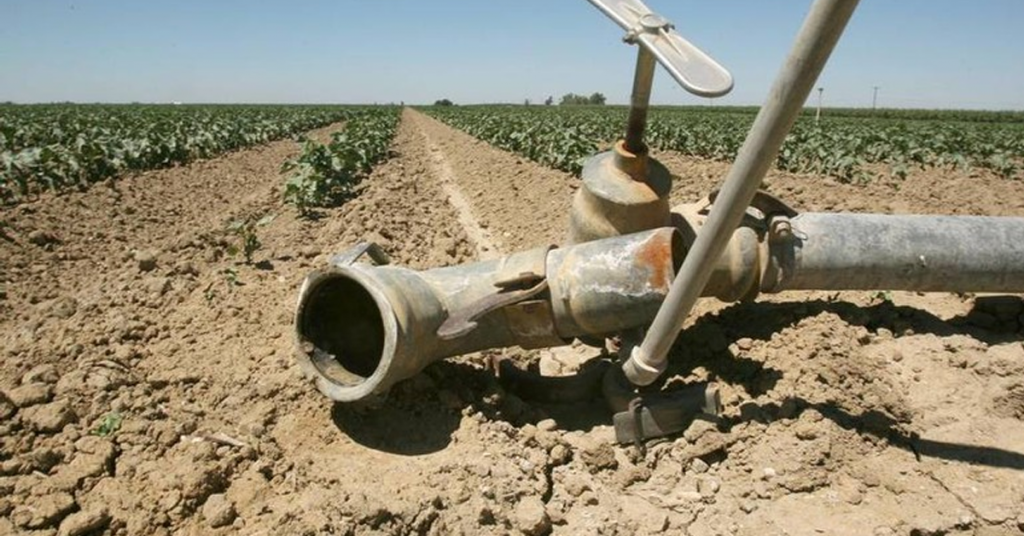 Madera County farmers who extract more groundwater from their wells than they are allocated are set for stiff penalties, beginning next year.

Tuesday, the Madera County Board of Supervisors voted 4-1 to implement the penalties beginning at $100 per acre-foot for farms in the Madera, Chowchilla and Delta-Mendota Subbasins in 2023.

Supervisor David Rogers was the lone dissenting vote to the penalty structure.

The board also established an additional $1,000 per farm unit penalty in the Chowchilla Subbasin to cover domestic well mitigation costs.

Tuesday’s vote comes as Madera County reckons with a rebellion over the per-acre fees being assessed on the Chowchilla subbasin to implement its Groundwater Sustainability Plan.

But public outcry convinced the board to take a step back and lessen the penalties, even though much of the public wanted the board to fight the state and not impose any penalties.

Many farmers have deeply criticized Irriwatch, a satellite-based tracking system to measure overages of water use on Madera County land, as being the measure of how to penalize farmers.

“If you vote yes, you are not only allowing a theft of a quantifiable property value, but you are voting to strip the very dignity of the true backbone of our nation and the great county of Madera,” Reed said. “It is time for you to stand up for those who elected you or stand down and allow someone else to do the job.”

Reed’s opponent in November, Bobby Macaulay, cast the move as a method of retaining local control of water decisions from Sacramento.

“The board took action to prevent further state influence over local policy. I applaud their efforts to work towards solutions that ensure we have more control over our own future,” Macaulay said. “The state’s inability to execute projects are a prime example of why we need to take control over our water and projects that will increase water storage.”

Shor said, “The problem is the state and some communities in the north such as Sacramento and Stockton use the fresh water to dump their raw sewage through the delta and into the ocean. Half of our water here in the Valley is being dumped and hijacked by the environmentalists, and I know that these farmers, and I used to be one, are sick and tired of this.

“Your job is to stand up to the state because they need to fulfill their promises. They have already the money set aside, resolutions have been passed, but they have not been done. So there is stonewalling here in really wanting to punish the farmers. I implore you to vote no and not to assess the farmers and penalize them. Our Valley, our state depends on ag. If we don’t have water here we have no life.”

“We’re at a SGMA crossroads and it seems like, no matter what the decision, Madera County is voluntarily squeezing ourselves in between a rock and a hard place,” Wamhoff said. “Even those hoping to comply with SGMA are met with a new carnival game: Irriwatch, which has been noted to overestimate water use by 150 percent. Year in, year out, that’s kind of error is the difference between a flourishing farm and endless acres of dirt.”

A North Fork resident who identified himself as Dan Stoops took aim at the state’s issue of water management as a reason to not implement penalties.

“We have a problem with water management, not the drought. Do the elite in Sacramento and Los Angeles and San Francisco, do they know better than we do? I think not. Why not planning toward dam storage, Temperance Flat Dam. Even the city folks could take advantage of some clean energy that it could produce,” Stoops said.

“According to the United Nations, 135 million people int he world have food scarcity. They worry about it from day to day. This year, 2022, it doubled – 276 million people are starving. Our world is starving. Our refugees can’t work. What are they going to do? Afghanistan, Ukraine, Nigeria, others – refugee camps are starved. We need to do something. People in Madera County need freedom and hope, and fewer taxes, not government rules and regulations.”

In the end, the outcry saw Madera County hold to a considerably rigid structure for groundwater pumping overage penalties and slashed the interest rate on unpaid penalties from 10 percent to 6 percent.