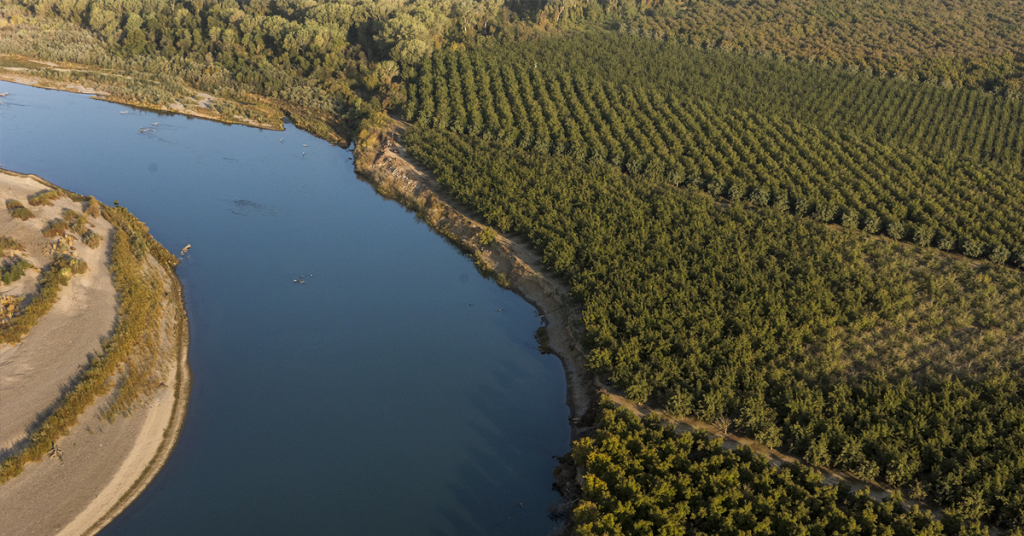 As California finds itself amid another severe drought that has deepened the need for new water storage, the fever pitch to add new dams has run into a buzzsaw of opposition from environmentalists.

At the top of their target list? The proposed Sites Reservoir project.

Sites Reservoir, which would be located in the Sacramento Valley west of Colusa, has been considered since the 1950s but was never able to gain full support to start construction.

Through 2014’s Proposition 1, it appears to likely be the lone California dam constructed in the 21st Century to date.

California’s need for more water storage is clear and evident.

Gov. Gavin Newsom also recently threatened to impose mandatory water restrictions if Californians don’t curb their water use on their own.

Virtually the entire state is classified as experiencing severe drought, with much of California – especially the Central Valley – in a state of extreme and exceptional drought, the two worst categories.

With conditions showing no signs of letting up, Asm. Adam Gray (D–Merced) took a victory lap last week as the Assembly shot down AB 2639, which would have banned the State Water Board from issuing any new water rights permits.

If AB 2639 had passed, new water storage projects such as the Sites Reservoir would have been put in jeopardy.

Gray was at the center of a bipartisan coalition which opposed the bill and kept it from receiving the required 41 votes to pass. Forty-four of the Assembly’s 80 members either voted “no” or abstained.

“I appealed to my colleagues on a very personal level. There is no other region of the state that would be as heavily impacted by this bill as my district and the people I represent,” Gray said in a press release.

“I asked my colleagues to consider what they would ask of me if their districts were similarly targeted. I told the story of the decades-long fight my community has waged against the water grab, and how the State Water Board has decided that the impacts to our economy and our drinking water are ‘significant, but unavoidable.’ I asked them if the Assembly was prepared to make the same decision.”

AB 2639 was penned by Hayward Democrat Bill Quirk and was backed by environmental groups, including the Planning and Conservation League.

Along with opposing AB 2639, environmental groups have formed the main resistance to the proposed Sites Reservoir.

After the Metropolitan Water District of Southern California approved $20 million for project planning for the reservoir in April, Sierra Club California spoke out against Sites Reservoir, saying its construction would facilitate the “environmentally destructive” Delta Conveyance Project, known as the Delta tunnel, to move water from Northern California to the Central Valley and Southern California.

It would be an off-stream reservoir that would store 1.5 million acre-feet of water at maximum capacity.

Two existing canals and a new pipeline would deliver storm surges from the Sacramento River to the reservoir, which is expected to cost $4 billion.

While the off-stream nature of the project would not dam the Sacramento River or block any fish migration, environmentalists have argued that the area’s natural habitat would be disrupted.

Steve Evans, a water consultant for environmentalist groups, told the LA Times leaned on a perpetual standby while arguing in opposition to the reservoir project: effects on river wildlife.

What’s next for the project?

The California Water Resources Control Board still has to grant or deny Sites Reservoir the permission to divert water from the Sacramento River.

Without that approval, the project would be unable to move forward.