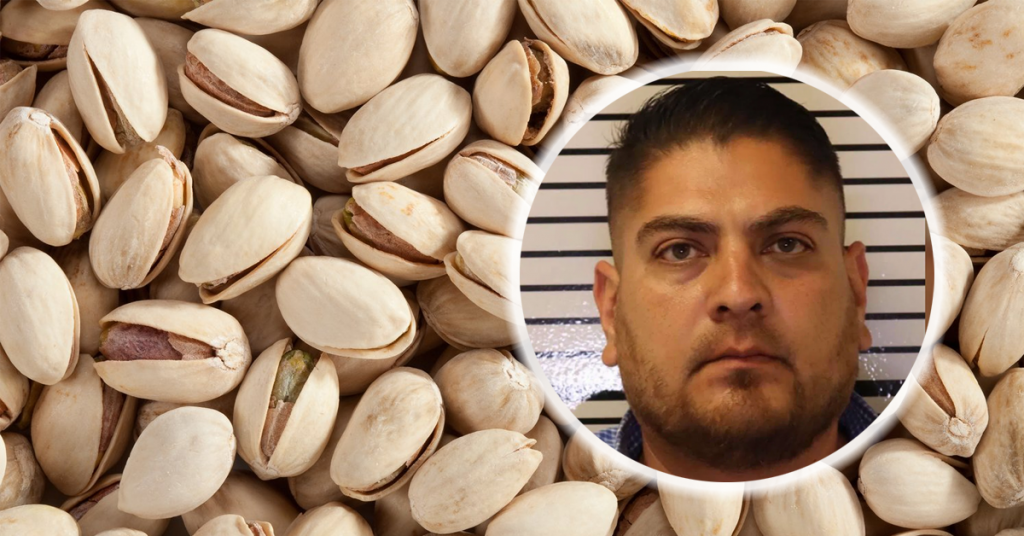 A Central Valley truck driver has been busted for allegedly stealing tens of thousands of pounds of pistachios and reselling them.

Touchstone Pistachio Company, owned by Fresno’s Assemi family, conducted a routine audit in June and found that about 42,000 pounds of pistachios were missing, leading to an investigation by the Tulare County Sheriff’s Office.

Investigators looked into leads in Fresno County and Kern County and found the trailer that contained the pistachios had been moved from Montemayor’s lot in Delano to a nearby lot.

Detectives then discovered that the pistachios were being siphoned from 2,000 pound sacks into smaller bags for resale.

The sheriff’s office delivered the stolen pistachios back to Touchstone.

Anyone with information is encouraged to call the Tulare County Sheriff’s Department at (559) 733-6218 or send anonymous information by sending a text or email to TCSO@tipnow.com.