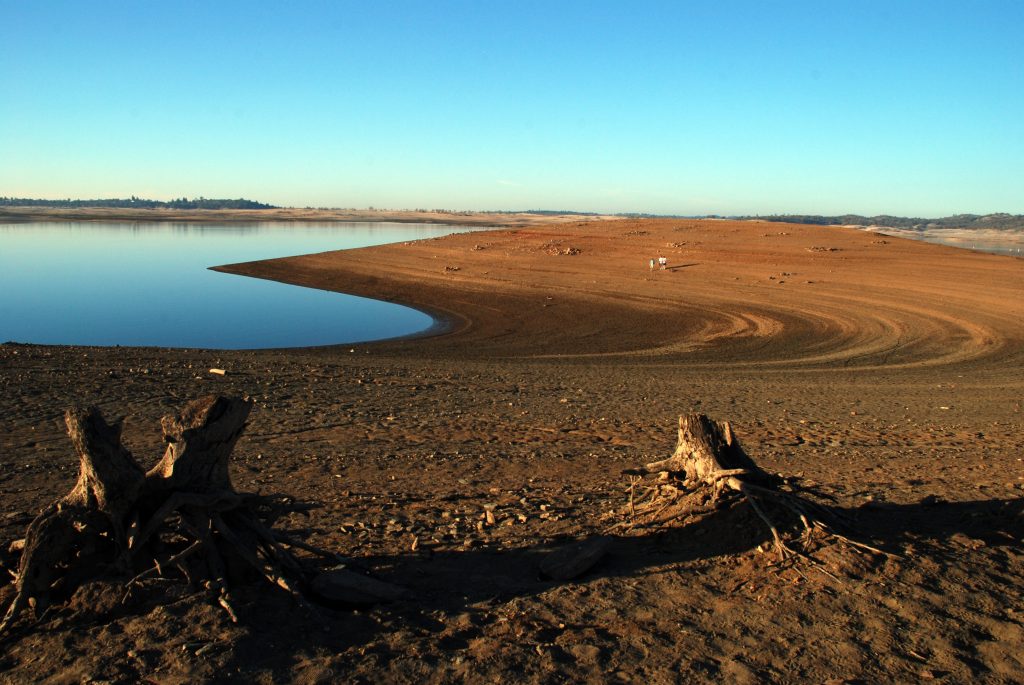 California’s reservoirs are so dry from a historic drought that regulators warned Thursday it’s possible the state’s water agencies won’t get anything from them next year, a frightening possibility that could force mandatory restrictions for residents.

This year, unusually hot, dry conditions caused nearly 80% of that water to either evaporate or be absorbed into the parched soil — part of a larger drought that has emptied reservoirs and led to cuts for farmers across the western United States. It caught sate officials by surprise as California now enters the rainy season with reservoirs at their lowest level ever.

“Nothing in our historic record suggested the possibility of essentially that snow disappearing into the soils and up into the atmosphere at the level that it did,” California Natural Resources Secretary Wade Crowfoot said. “These climate changes are coming fast and furious.”

California’s State Water Project — a complex system of dams, canals and reservoirs — helps provide drinking water to about 27 million people in the state. In December, state officials will announce how much water each district can expect to get next year.

Thursday, Department of Water Resources Director Karla Nemeth said the agency is preparing for what would be its first ever 0% allocation because of extraordinarily dry conditions.

“It’s a done deal, we’re sure that we will get a zero,” said Demetri Polyzos, manager of resource planning for the Metropolitan Water District of Southern California that provides water for about 19 million people. “These are uncharted territories, what we are seeing.”