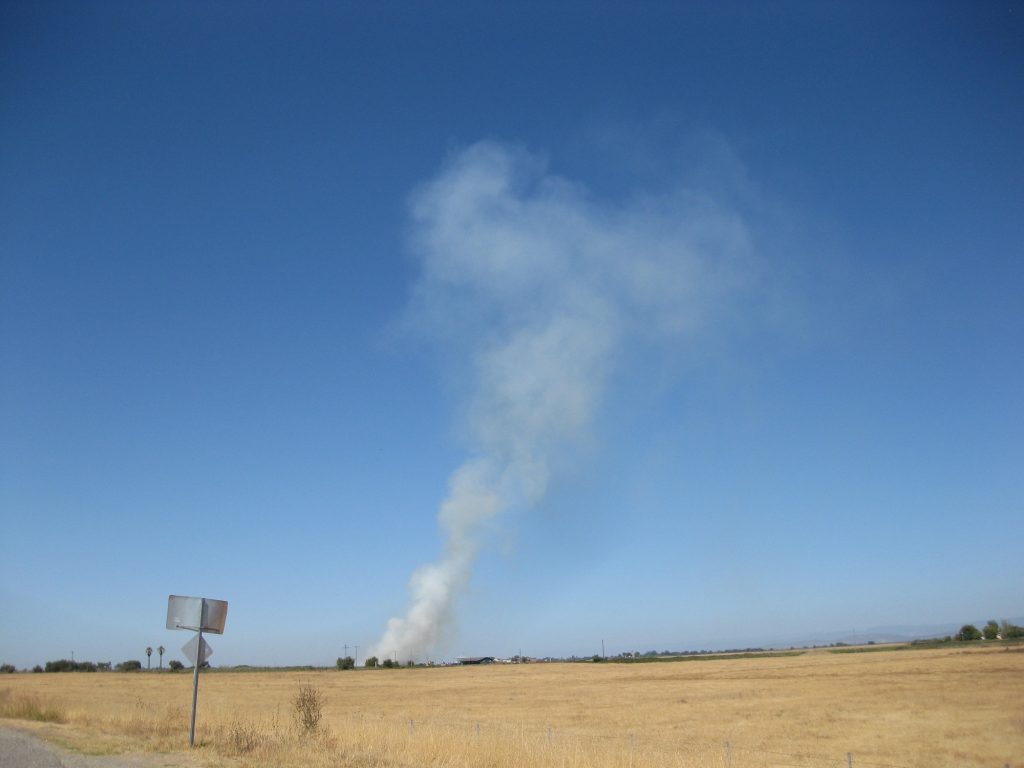 Agriculture burns across the Central Valley may soon be a thing of the past.

The California Air Resources Board is set to vote Thursday on a proposal that will prohibit all agricultural burning by 2025.

Initially, the California legislature passed a law in 2003 that was supposed to halt all agricultural burning in the Valley by 2010. But the state has pushed that deadline back multiple times.

Even though the San Joaquin Valley Air Pollution Control District has prohibited a wide range of burning, vineyards and many orchard trees are still allowed to be disposed of through a blaze. Assuming the board takes the recommendation from the staff report, Valley farmers will have to find another way to dispose of their agricultural waste.

According to the board, the Central Valley ranked first in California back in 2017 by contributing 36% of agricultural burning emissions, closely followed by the Sacramento Valley at 30%. No other region in the state came in above 7%.

California produced about six tons of particulate matter in the air daily in 2017, and the Central Valley contributed about two tons of that total every day.

Ultimately, lawmakers and the Air Resources Board see this action as a way to clean up the Central Valley’s air, which notoriously ranks among the worst in the nation.

“CARB believes that partnerships between the District, CARB, other State and federal agencies, the agricultural industry, and Valley residents and other stakeholders can continue and accelerate the transformation to use of cleaner alternatives, paving a viable path to near-complete phase-out of agricultural burning in the Valley,” the board staff report reads.

What will farmers do to dispose of their agricultural waste if burning becomes outlawed?

The common solution will be to use composting or biomass plants as well as chipping machines.

However, that will likely be an expensive proposition. The board expects $15-30 million annually in federal, state and local funds will be needed to cover the costs for farmers.

The San Joaquin Valley air district has $25 million for farmers to help, about $18 million which has been distributed in grants, according to a report from CalMatters. The costs over the next four years could run up to $50-60 million as farmers transition and phase out agricultural burning.