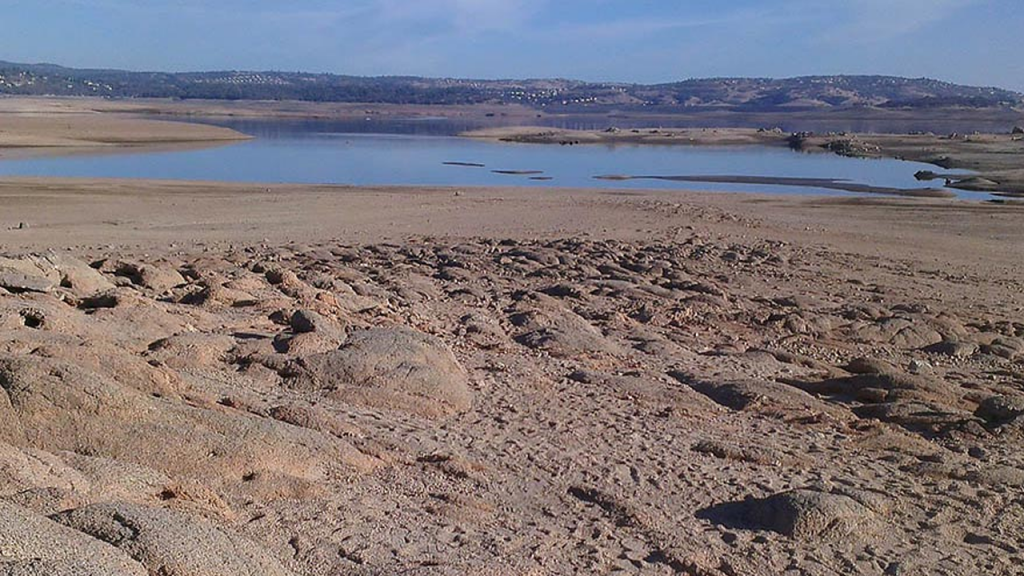 Millions of dollars and thousands of hours are spent every year by agriculture interests in an attempt to educate people about the importance of the origins of the food on their table.

With no regard for credibility or fear of marginalizing themselves, environmental groups issue dire warnings that the big, bad Central Valley farmers are set to drain the state’s reservoirs.

Meanwhile, those same farmers will receive a 0 percent allocation of surface water this year.

Do farmers and ranchers know the hand extended is their own? The hand from the old saying, “don’t bite the hand that feeds you” is our hand.

That hand has been gnawed for three decades and we have allowed it to happen.

But that’s not all.  While we have been waned away by elitists, lying politicians, and a corrupt media, the demands and vilification of us has continually increased.

The methods and practices used by these people are truly something to behold. They’ve convinced us to watch a population be fed a steady line of hypocrisy and falsehoods aimed at undercutting the ability to provide a stable domestic food supply.

It begs the question: exactly how smart are they? Or how ignorant are we?

Agriculture, like any industry, has its own diversity within. The same holds true, more specifically, for Central Valley agriculture.

In this case, diversity doesn’t have anything to do with skin color or if you identify with gender number one or number six.

It has to do with ideas, ideology, political views, and paths sought in order to succeed.

We have allowed the practice of “divide and conquer” to do what it always does: tap into emotions such as fear and guilt, convinces ignorant people of fake atrocities and impending doom, and plants distrust and anger in everyone aimed at their neighbor.

Lost forever is the power of a united front fueled by individualism.

We have experienced decades of political wrongdoing while our fear, exhaustion, and feeling of helplessness has paved the way to a surrendered voice.

Were we supposed to be appreciative of a 5 percent allocation of water from the Central Valley Project? Surely, some were.

It is indicative of the downtrodden and truly oppressive days you have endured in an effort to simply grow food for others.

In 2020, I wonder if society led by the voices of elites would have demanded doctors and nurses do their work in offices and hospitals without wearing a mask. Probably not.

So why is it we expect farmers to grow food with no water?

If farmers and ranchers cannot take back their voice from the few, we shouldn’t expect an unsuspecting public to take notice or have interest.

With organization, communication, and finding a united front that is unbreakable, agriculture has the potential to be one of the most powerful force on earth.

It is not processors, retailers, radical environmentalists, or politicians who are in charge of and responsible for our nation’s food supply. It is us.

The narrative surrounding California’s agriculture has been formed by others, yet the ability to do so has been made possible with our bounty.

We are told to be innovative conservationists and sustainable stewards. And yet every opinion about the use of our water, land, labor, fertilizer, chemicals, crops, and energy use comes from those who expect – not appreciate – three square meals from our work.

Simply put, we are too often taken for granted.

Sustainability is not a word that should be used in order to make people sleep well. Sustainability in terms of agriculture is the ability of farmers and ranchers and their businesses to remain viable, period.

All the while, asking to conserve the single-most critical input necessary to feed a growing population would be a charming feat. The only problem? Conservation only works when you have something to conserve.

Our citizens are told to take a five gallon bucket into their showers to catch extra water while radical environmental policy enabled by radical politicians allow millions of acre-feet of water be turned to salt water on an annual basis.

So exactly how much of California’s zero-percent water allocation are we supposed to conserve?

As we run headlong into another drought, remember this truth: you can’t conserve yourself out of a water crisis.

Of course, truths are hard to come by in this neck of the woods. For decades, we’ve all been fed the biggest lie over our most valuable commodity.

Environmental mandates from politicians and bureaucrats, not the agriculture industry, has usurped most of California’s water. Roughly 80 percent of our state’s fresh water is shipped to the Pacific, rather than utilized by its population

The propagate these mandates, we’ve had to care for the Delta smelt. Delta smelt is, by no means, an ecosystem indicator – nor a native species.

Instead, the three-inch bait fish has become a scapegoat for endangered species laws run amok.

Thankfully, the association between pumping water south from the and fish populations is junk science and was thrown out by a Federal court years ago.

Meanwhile, it should come as little surprise that the very Bay Area environmental groups propagating these lies to shutdown the San Joaquin Valley’s water supply have seen the greatest benefit.

Water from the central Sierras continues to flow into the taps of San Francisco and Silicon Valley unabated.

But it couldn’t be easier. Attempting to organize farmers and ranchers to support a cause or movement so critical to their survival has become a tale of herding cats.

While there are obvious reasons – the complicated nature of California’s water infrastructure and bevy of needs – all can agree on the need for water and the sheer brokenness of the status quo.

Folks in agriculture work – a lot. In ways, the vilification, the falsehoods, and the misinformation about their work has become just another party of the 80-hour work week to produce America’s necessities.

Most keep their heads down and try to continue forward.  Some are afraid the eventual seizing of our water by outside interests. Maybe they are afraid of the choking of our property rights or ability to hire labor. Some are afraid they will be told to scale back the use of fertilizer or be banned fro using key chemicals to produce their crops.

And many more are afraid some sort of land-use change will take place and beneficial use of water will be redefined causing more land to be fallowed, if they voice too much opinion.

Maybe they are afraid they cannot keep up with the demands from the millions who wait to be fed and some have no option but to sell the farm.

But there is no reason to be afraid of these things in the abstract. They are already happening.

Look, everyone has an opinion. And for thirty years, a culmination of opinions and ideas from non-producers who think they know best has put the state’s most important producers in this position.

A cottage industry has emerged solely around the idea that farmers and ranchers do not know how best to supply our food.

Owning ten thousand acres is different than owning eighty acres but the number of acres is the only difference. Each owner has a voice and it should be used and heard.

For hundreds of years, American farmers and ranchers have been able to feed our country without incident.

What’s changed? For the past fifty years, environmental groups and their politicians have worsened our environment while producing nothing.

Why we allow this to continue is the question.

While takers concern themselves with the names of schools, brand names, or offending the neighbor’s dog, makers should organize in order to slap the world with a dose of reality.