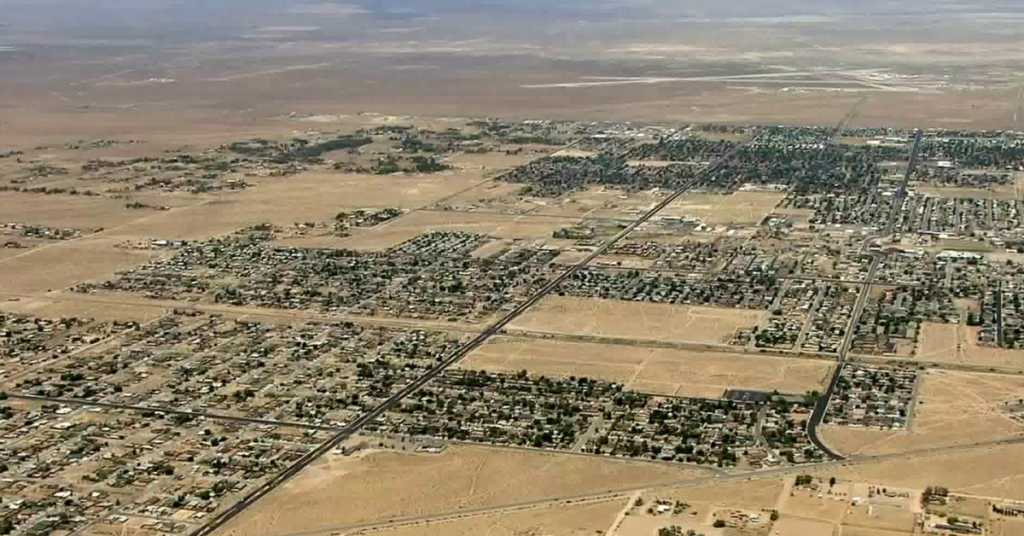 The long-awaited conflict between California’s ambitious laws to limit groundwater use and the people of California has arrived.

The front: the Mojave Desert.

Friday, the Indian Wells Valley Groundwater Authority is set to hold a protest vote of its water users to determine if it will adopt a “basin replenishment fee.”

The fee is an element of the Authority’s Groundwater Sustainability Plan, a key guiding document required under California’s Sustainable Groundwater Management Act (SGMA).

Groundwater basins across the Golden State that were considered to be in so-called “critical overdraft” were required to submit their Groundwater Sustainability Plans in January.

Other, less-impacted basins across the state have a deadline of 2040.

As reported by Gannett, the proposed replenishment fee has twin aims: first, mitigate the damage being sustained by shallow wells due to subsidence.

Second, utilize the raised by the fee acquire water rights to – ultimately – import water and meet necessary groundwater levels for pumping under SGMA.

Thus far, the water agency has no water storage infrastructure established to handle the influx of water it would purchase and import and cost estimates for construction run upwards of $50 million.

The current estimated annual need of water for Indian Wells Valley is 5,000 acrefeet of water within its basin.

Under SGMA, the Indian Wells Valley Groundwater Authority would need to acquire 8,000 acrefeet of water annually to utilize that 5,000 acrefeet appropriation.

Proponents of the fee point to two key issues: the market price of water and Sacramento’s intense focus to see SGMA properly implemented.

By securing water rights through the revenue generated by the basin replenishment fee, the water authority could quickly secure water rights for lower market rates than in a few years.

In speaking with Gannett, water authority chairman Kern County Supervisor Mick Gleason noted that the fee’s potential failure could lead to a denial of the Groundwater Sustainability Plan, a withdrawal of Kern County from involvement in the authority, and a state takeover of groundwater management.

While the fee cost for residential users in the Authority’s service area is estimated at $24 per month – operating on a five-year repayment period for the costs – it has opened the door to more drastic consequences for water users in the area.

Case-in-point: Searles Valley Minerals, a large employer in the desert.

The company takes a larger view of the fee. The slight bump residential users will see pales in comparison to that of industry.

If approved, the fee itself would run $2,130 per acre foot of water.

Currently, Searles Valley Minerals pays $105 per acrefoot. The fee would constitute a 7,000 percent increase in the cost of water for the mining operation.

The mining company is the only water user that doesn’t meet the definition of “Navy carryover,” or water needed to support the Navy’s mission at China Lake, thus all of its water supply would be subject to the $2,130 fee.

Thursday, Rep. Paul Cook (R–Apple Valley) penned a letter to the Authority demanding a delay on the vote over the fee, citing the mining company’s likelihood of taking the brunt of costs.

“[Delaying] consideration and adoption of a basin replenishment fee will prevent an excessive fee being levied during a widespread pandemic that has had considerable adverse effects on property owners, businesses, and economies,” Cook wrote.

“A large fee increase would be a significant challenge for an area still recovering from damaging earthquakes and grappling with an ongoing pandemic.”

“Searles has been woven into the fabric of this community since 1873, and the Authority is willing to unravel it all to pay for a conceptual plan that will cost millions of dollars without even identifying how or when the first drop of additional water would make its way into the basin,” said Burnell Blanchard, the mining company’s vice president of operations.

“If the Authority decides to impose this new water fee, they are sending a clear message to our 700 employees and their families, and countless local businesses who rely on Searles as a pillar of the community: we don’t want you here.”