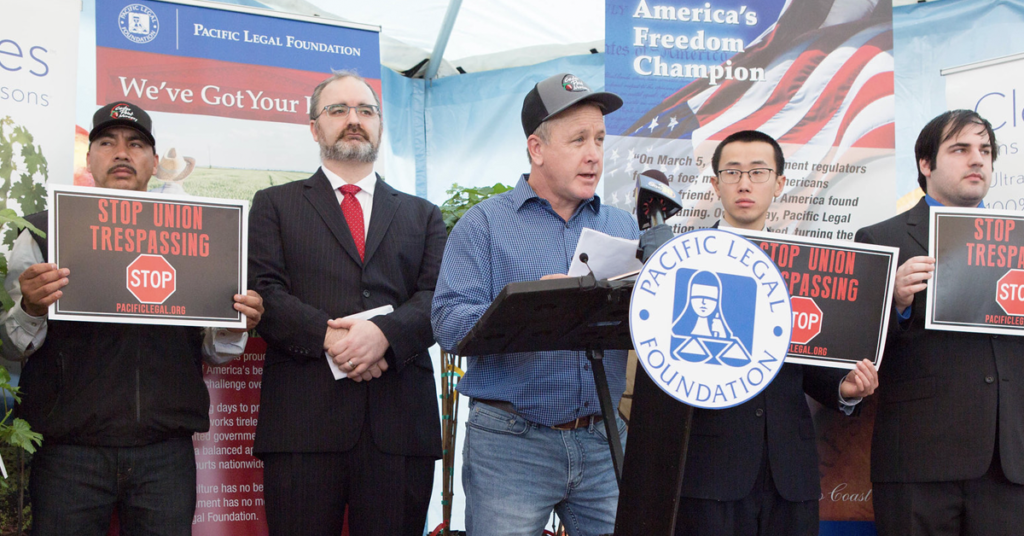 In a majority decision on Wednesday, a three-judge panel from the Ninth Circuit upheld a regulation by California’s Agricultural Labor Relations Board allowing union organizers from the United Farm Workers to access farm worksites to solicit farmworkers to join the union.

Cedar Point alleged that UFW workers entered its trim sheds at 5 a.m. on October 29, 2015 where they allegedly “disrupted work by moving through the trim sheds with bullhorns, distracting and intimidating the workers.”

Fowler Packing made similar allegations related to the UFW and went so far as to block the union access to its facility on three separate days in July 2015.

In ruling to uphold the so-called “access regulation,” the two-judge majority – led by Judge Richard A. Paez – argued that the fundamental issue was the free speech rights of union officials to petition on private property.

The majority compared the “access regulation” to a 1980 Supreme Court decision, PruneYard Shopping Center v. Robins, which held that people may enter a private shopping center and collect signatures on a petition without the consent of the property owner.

The dissenting judge on the panel, Judge Edward Leavy, argued that the regulation did not conform to PruneYard, and was a matter revolving around the Fifth Amendment’s “takings clause.”

Leavy argued that the sheer amount of access the regulation provides – access to properties multiple times a day for 120 days per year – served as a “physical… occupation” of the property by nonemployee union recruiters.

The case was appealed to the Ninth Circuit by Fowler Packing and Cedar Point Nursery from the U.S. District Court for the Eastern District in Fresno.