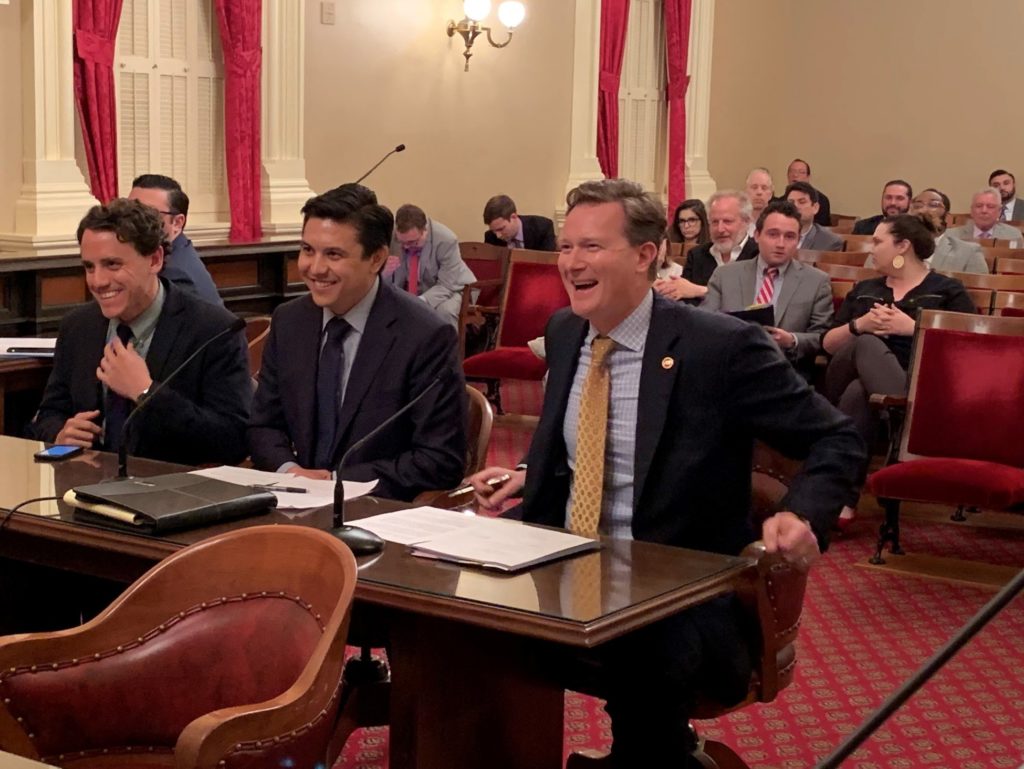 On a narrow 5-4 vote, a CEQA reform bill pushed by Senator Andreas Borgeas (R-Fresno) was advanced out of the Senate Judiciary Committee late Tuesday night.

Borgeas’ Senate Bill 659 would allow courts to award attorney’s fees to a prevailing party in CEQA lawsuits if it finds that the losing party engaged in bad faith tactics that were merely employed to unreasonably delay a project. The bill is limited to awarding attorneys fees for CEQA suits concerning in-fill housing projects.

Jackson, a major supporter of CEQA, took her sparring with Borgeas to theatrical heights during a committee hearing aimed to “dispel myths” about the law.

During Tuesday’s hearing, Jackson heavily condemned Borgeas for collaborating with Senate Democrats to reach a consensus on the bill, which would help alleviate California’s housing crisis, arguing that “This is not how we do business here.”

In addressing the bill Tuesday, Caballero criticized Jackson’s narrow view of CEQA and the damaging impacts it has had on housing affordability in the Central Valley.

CEQA reform advocates argued that California’s bar on awarding attorney’s fees in CEQA suits has allowed for the law to be abused by labor unions as leverage to extract contract concessions, and opponents of projects (often referred to as NIMBYs) to drive up the cost of construction beyond economic feasibility.

With Borgeas’ bill, many believe that it forces litigious interests to have skin in the game when suing to block much-needed housing projects across California.

The bill was opposed by the Sierra Club, California Labor Federation, and Consumer Attorneys of California.