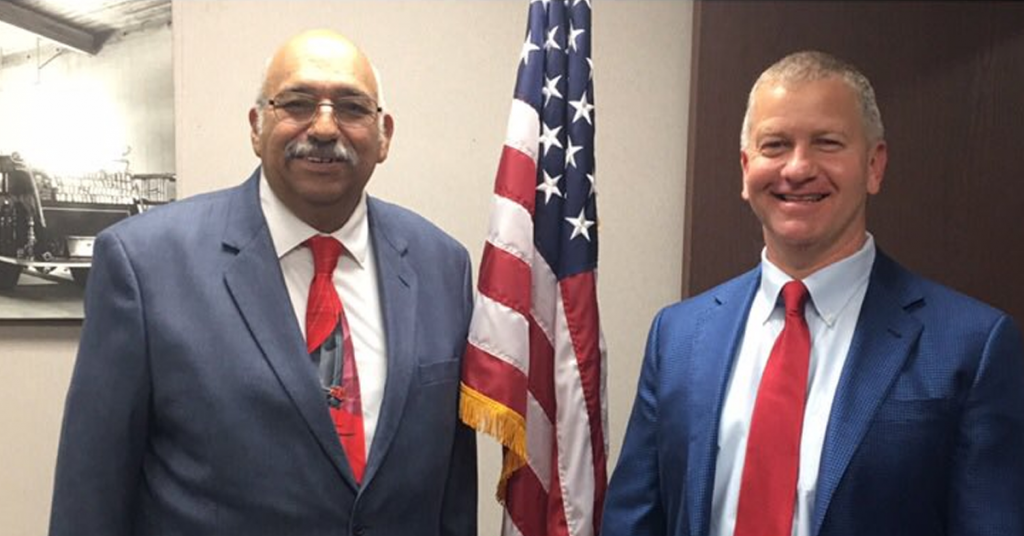 While questions of recounts and fraud plagued the 2020 election on a national level, Fresno County has its own dispute heading to court over a Selma City Council race that had a razor-thin margin.

Former Selma City Councilman Jim Avalos lost to Blanca Mendoza-Navarro by a mere 30 votes last November. Mendoza-Navarro picked up 778 votes, Avalos garnered 748 and Mark Medina – the only other candidate in the race – placed third with 535.

Notably, the county tabulated 157 undervotes in the race (ballots where voters did not vote for a candidate) as well as one overvote (a ballot in which the voter selected more than one candidate).

Before Fresno County Clerk and Registrar of Voters Brandi Orth certified the election results on Nov. 27, 2020, Avalos learned that there were 31 provisional ballots which were counted and included, as well as 26 additional ballots that were not counted for two reasons: the signature on the mailed-in ballot was absent or the signature did not match the records.

On Dec. 1, Avalos requested that the county recount the undervotes, the overvote, the 26 uncounted ballots as well as the provisional ballots – a total of 215 ballots.

The county responded by setting the recount date for Dec. 8, with a cost of $12,823 that Avalos would have to pay. That led Avalos to argue that the county is required by law to fulfill his request for a partial recount without him having to pay, but the county did not see eye-to-eye with the former councilman.

Avalos filed a legal contest against the county and Mendoza-Navarro, in her capacity on the Selma City Council, on Dec. 28 in an effort for the Fresno County Superior Court to order Orth’s department to recount the 215 ballots in question.

To make matters interesting, Avalos brought in former City of Selma attorney Neal Costanzo to represent him in late January, mere weeks after the lawyer was removed from his position with the city.

The Selma City Council voted 3-2 to terminate Costanzo as the city attorney – making that the second time in the last three years that Costanzo was removed from his position in Selma.

Costanzo was first terminated in 2018 by a 4-1 vote, with Avalos, who was then serving as mayor, casting the lone no vote.

A week after Costanzo entered the fold in the election contest, he sought to expedite the process and set a quick trial date.

The newly-minted City Attorney for the City of Selma, defending Mendoza-Navarro, and Fresno County Counsel, representing Orth, both objected to the hastened request.

Ultimately, the court denied the request but set the trial date to start Feb. 22 with an expectation that it will last for four days.

As part of the objections, though, City of Selma attorneys David Ruderman and Michael Colantuono brought up another point: They argued that Costanzo faces a conflict of interest given the fact that just a few weeks earlier he was the attorney for Selma and, in turn, Mendoza-Navarro.

Ruderman discussed the issue over the phone with Costanzo on Feb. 2, and the next day he sent Costanzo a letter explaining the perceived conflict.

“Of course, you have long served as Selma’s City Attorney, most recently from September 2019 until January 14, 2021,” Ruderman wrote to Costanzo. “In that capacity, you advised the Selma City Council and the City Clerk about their legal duties and responsibilities related to the November 3, 2020 election.

“In particular, you advised them on, and helped prepare, the resolution certifying the results of the District 1 election and declaring Council member Mendoza-Navarro the winner… You therefore are not only presumed to have confidential information about your former client, but you actually do have such information, about the very election you now challenge.”

In response to the letter, Costanzo sent an email to Ruderman on Feb. 4 in which he said the now-Selma lawyer is “misinformed.”

“The city neither called this election or certified it,” Costanzo wrote. “The County did. I am not worried about you publicly making a fool of yourself tomorrow (at the ex parte hearing) but you certainly ought to be… Thanks but no thanks for the ethics advise [sic]. You are in no position to be telling me what my ethical obligations are but you do need to be very careful about the accusations you make about me that are outside of court or a public meeting, because I will not hesitate to hold you accountable for slanderous statements and baseless threats that plainly violate the rules of professional conduct.”

Colantuono responded saying that they did not desire to fight this battle but cannot shy away from it.

“You are playing with fire,” Colantuono wrote to Costanzo. “If you really intend to persist, I urge you to consult with ethics counsel. If you do not have an established relationship with such counsel, I can recommend several good ones. I would not do what you are doing without making damn sure my livelihood was not at stake. From all I can see, yours is.”

Costanzo fired back: “What color is the sun in your world? For me it’s yellow but that’s because I deal with reality not artificial constructs designed to further a poorly conceived tactical move.”

Seeing that the discussions were unfruitful, Colantuono signaled that they would move to disqualify Costanzo from the case.

The latest court documents do not show that Costanzo has been removed or replaced ahead of the Feb. 22 trial.

Costanzo did not return a request from The Sun to comment on this story prior to publication. Ruderman and Fresno County Counsel Daniel Cederborg declined to comment.