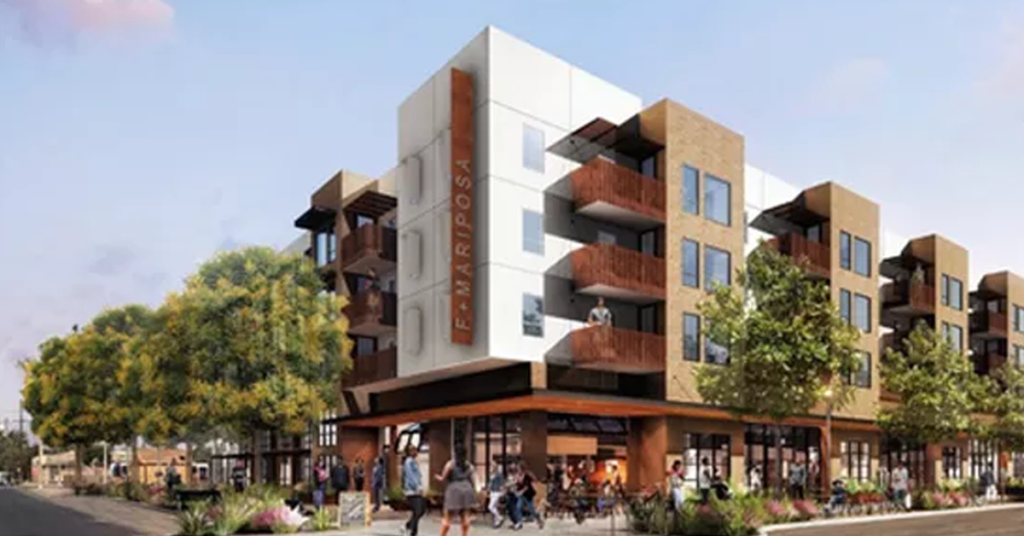 The City of Fresno may loan nearly $400,000 of its federal HOME funds to an affordable housing project proposed for Chinatown.

The 57-unit project comes from the Housing Authority. Chinatown, located in a strategic spot in relation to bullet train and its depot, has long been slated by City Hall for significant redevelopment. The challenge has been finding someone to actually build something new.

The city’s Housing and Community Development Commission (HCDC) will review the project on Monday, Oct. 7. The project will eventually make its way to the City Council. The Planning and Development Department wants the Commissioners to recommend approval of the project by the Council.

The project site of a little more than a half-acre is at 1101 F Street. This is next to the Fire Department’s training center and due west of what used to be Chinatown’s Basque restaurant.

Says the staff report: “Over the past 60 years, Housing Authority has constructed, rehabilitated, managed, and owned thousands of affordable housing units for lower income households. As part of its mission to create vibrant communities, Housing Authority provides rich social programs to its residents to help promote self-sufficiency.”

There is nothing simple about funding for the $32.2 million project. The HOME funds would provide a bit more than 1% of the total. The big sources of money would be the city’s Transformative Climate Community loan funds ($10.8 million) and tax credit equity ($11.7 million).

Says the staff report: “Since Housing Authority has secured a majority, but not all, of the financing need to complete the Project, other sources of funds including the HOME Program funds will be contingent upon an award of tax credits to the project.”

The staff report says construction cost of the 57 residential units is $220 per square foot.

The project would eliminate one of Chinatown’s many infill opportunities.