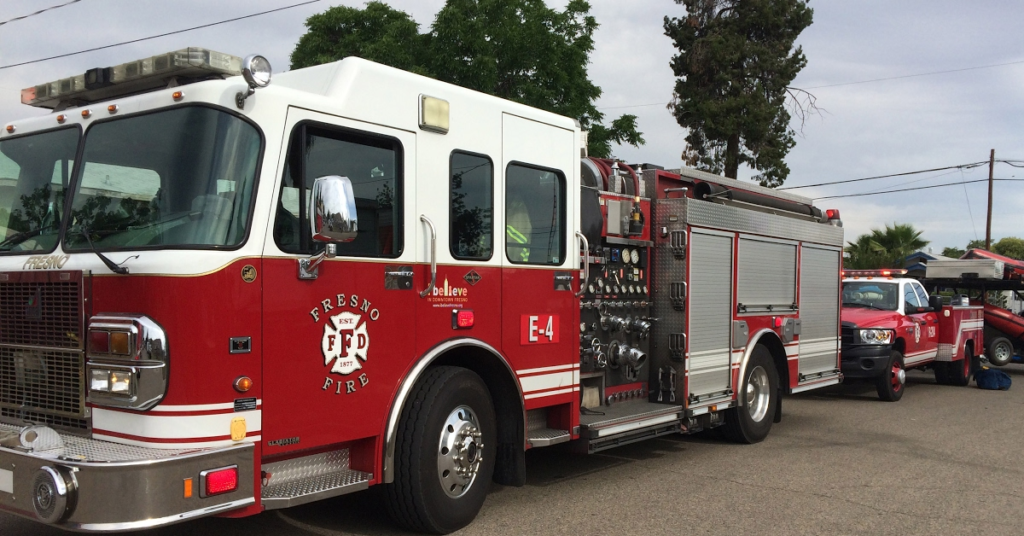 Weeks before Independence Day, the Fresno City Council opted to light up its own set of fireworks during its third set of budget hearings on Monday.

With Fresno Fire Chief Kerri Donis presenting a cursory review of the Fresno Fire Department budget, Fresno City Councilwoman Esmeralda Soria turned her line of questioning to an issue approved by the Council in early March.

Did the City of Fresno apply for a SAFER – or “Staffing for Adequate Fire & Emergency Response” – Grant with FEMA to hire more firefighters?

“A decision was made, based on the economic outlook for the City, that we didn’t apply,” Donis said.

Donis noted that the deadline for applying for the funding this year had already lapsed.

Soria was caught by surprise.

“I thought, though, that [applying for the grant] was the direction of the Council,” she said. “Did that change?”

Before anyone could answer, Fresno city Council President Miguel Arias pounced and pressed Fresno City Manager Wilma Quan to answer whether the Council’s vote had been “ignored.”

“I would not say that Council’s direction was ignored, but we took a decision – collectively the Mayor’s Office and my office – not to apply based upon COVID and everything else we had going on,” Quan said.

Quan added that the Council’s vote came before the coronavirus outbreak in Fresno and the subsequent economic shutdown.

“We were trying to make sure we were doing everything we can to cut expenses and not to take on additional liability and save every job that we could, so we made the decision not to apply.”

Soria fired back wondering why Council members weren’t advised of the administration’s decision to shelve a public safety grant application authorized by the City Council.

“I’m a little frustrated that our direction was ignored,” Soria added.

“Our apologies,” Tim Orman, Brand’s chief of staff, fired back.

The retort appeared to frustrate Soria, who demanded further explanations about how the Council could continue to operate as a co-equal branch of government.

Quan leaned back on her original contention, that coronavirus had created “unusual times,” along with worries that applying and then declining a grant would create friction with the granting authority – in this case the Federal Emergency Management Agency (FEMA).

Claims of uncertain finances opened the door for Soria to take aim at the Brand administration’s current budget posture.

Brand announced in late May that the administration would pursue a stopgap funding method – known as a continuing resolution – which would fund City operations for three months.

Brand’s continuing resolution would maintain spending at the same levels of Fiscal Year 2019-2020.

City Council members have been alternatingly reticent and resistant to keeping spending even with the prior fiscal year, pointing to the City of Fresno’s projected $32 million budget deficit from the coronavirus shutdown.

Soria probed the logic gap presented by Quan and Orman: if spending is to remain status quo, so too should forward-moving spending priorities.

“I also know that you want guys want to do a continuing resolution because we’re hopeful that the Federal government is going to step up and fill that gap,” Soria said. “This wouldn’t have been any different.”

Currently, the minimum daily staffing level of Fresno’s Fire Department remains on par with those in 1980, Donis said during her presentation.

Fresno City Councilman Garry Bredefeld asked Donis how the SAFER Grant funding would have been utilized had an application been filed and the grant awarded.

One element of the would-be SAFER Grant application, Donis said, was to hire a full-time Safety Officer.

Hiring a safety officer was one of the few remaining elements of implementing a Serious Accident Review Team (SART) Report following the 2015 Cortland incident whereby Fresno Fire Captain Pete Dern fell through the roof of a home in central Fresno.

“That usurps the entire role of City government,” Bredefeld said of the Brand administration’s decision to not apply for the grant.

“The Chief of Staff – the Mayor – should apologize to every firefighter that works for you that is now more unsafe because we didn’t apply for nine more firefighters,” Bredefeld said, addressing Donis. “That’s where the apology belongs.”

Arias, noting that he was hardly the only one blindsided by the announcement, held little back in directing his ire over the omission of firefighter funding.

“It is dumbfounding to see that you intentionally kept us out of the loop in such a significant decision,” Arias said. “I am frankly pissed that it took this budget hearing for you to be upfront with us and that you had to be probed.”

The Council President further added that the lack of transparency threatened the underlying trust required to approve a stopgap budget.

“You’ve lost me, in the conversation to grant your continuing resolution, based on this action.”

Following the public venting at Quan and Orman, Council members took their words to action.

He was followed by Bredefeld, who moved to deduct $500,000 from the budgets for Mayor Lee Brand and City Manager Wilma Quan’s offices, totalling $1 million, and re-allocating those funds to the Fire Department for firefighters.

Arias noted that he was supportive of redirecting funds from the Mayor and City Manager’s offices toward the Fire Department and – in keeping with the Brand administration’s approach – apologizing after the fact.

“If we’re gonna get serious, that’s the message we should send,” Bredefeld said of budgetary rebuke.