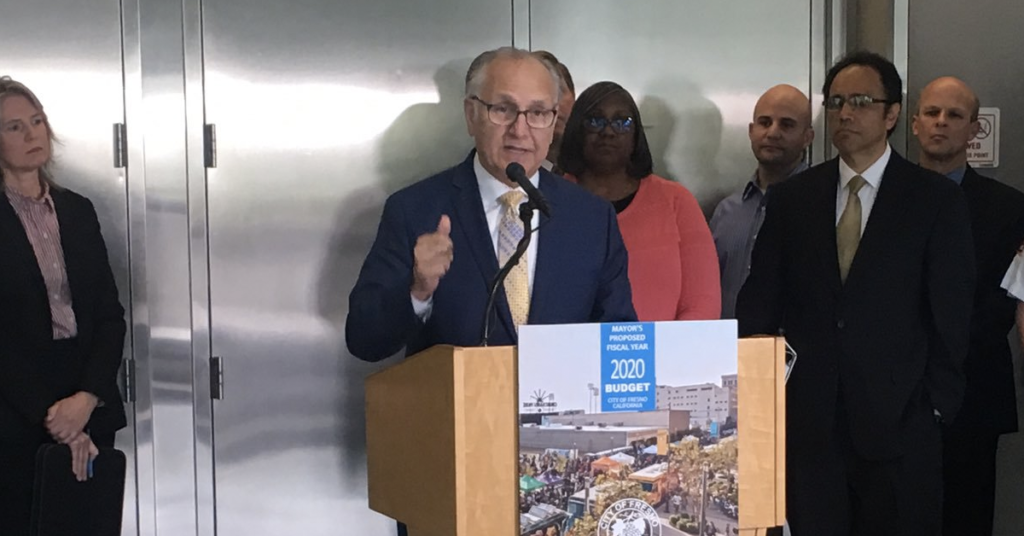 After weeks of work, the Fresno City Council approved a $1.3 billion budget package on Thursday. Now, the budget moves to Mayor Lee Brand for review.

Citing more than $1 million in spending beyond revenue estimates, Brand strongly indicated Wednesday that he would make use of the line item veto to ensure the budget remained balanced.

“I am proud of the work the Council and I have done to create a City budget that thoughtfully addresses the issues of importance to the people of Fresno,” Brand said in a statement to The Sun. “Police and Fire are well provided for, as are our Parks, Streets, Planning and Development, Public Utilities, Airports and all of the other functions we are charged to oversee.”

“There are a few remaining differences and it is very likely I will use the Mayor’s line-item veto authority to reduce spending to balance the budget and preserve our General Fund reserve account.”

The Council’s approved includes two controversial measures totaling a half-million dollars. The first measure was to fund the administrative functions of the Advance Peace Initiative, a violent crime outreach program that pays criminals not to engage in violent behavior.

Another proposal, added Thursday by Fresno City Councilwoman Esmeralda Soria, would dedicate $250,000 in “carryover funds,” or additional funds received by Fresno midway through the fiscal year, to help with outreach efforts surrounding the 2020 Census.

Throughout the discussion on the budget, Brand focused his comments on two fiscal priorities: maintaining a balanced budget in accordance with a newly-passed City Charter amendment requiring such balance, and avoiding a raid on Fresno’s budget reserve.

“The people of Fresno know that my approach has always been to deal with budget issues in a fair, reasonable, and fiscally responsible manner,” Brand said. “I will continue to work diligently and collaboratively to improve the quality of life for everyone who calls Fresno home.”

The Fresno City Council voted 5-1 to approve the budget, with Councilman Garry Bredefeld the lone dissent.

Thursday afternoon, the Council also approved a new contract with the Fresno Police Officers Association to increase the salaries of Fresno’s rank-and-file police officers by 7.5 percent over a two-year period.