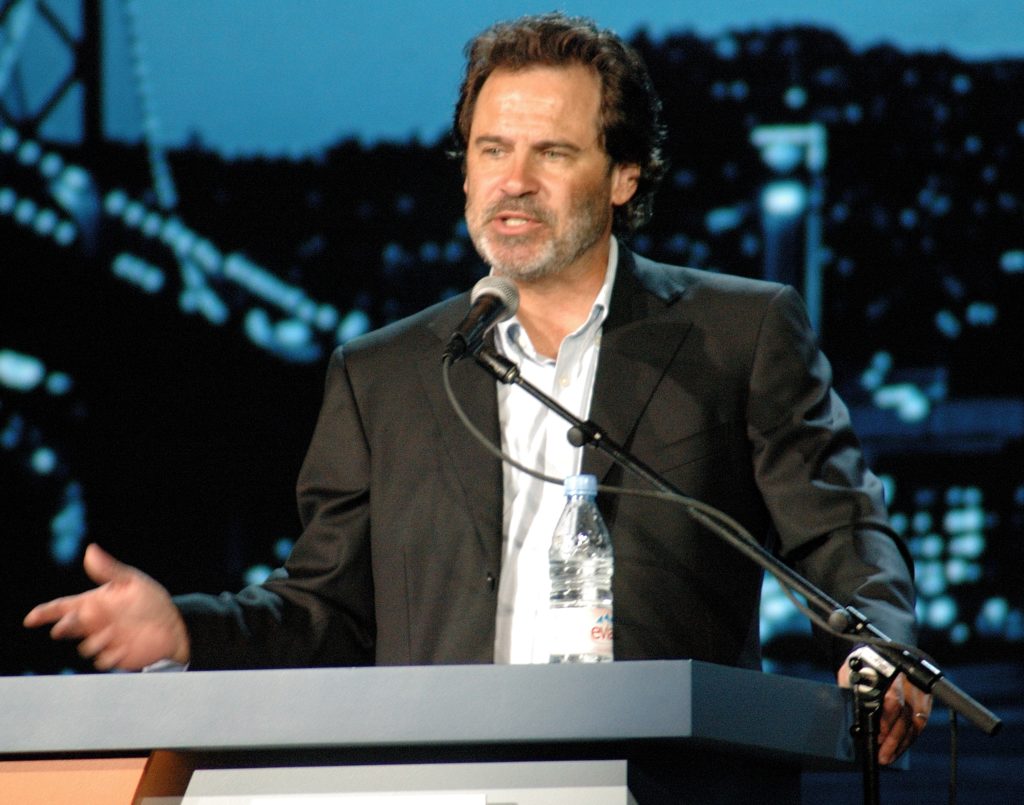 It might not have been a Weekend Update, but a Tuesday night visit to Fresno’s Saroyan Theatre had all the hallmarks of a hilarious and thought provoking episode of late 1980s Saturday Night Live.

The former SNL star and sardonic comedian was the featured speaker of the San Joaquin Valley Town Hall, the 82-year-old lecture series.

His topic: civility in today’s age of hyperconnected hyper-partisanship.

Before launching into a 10-point plan to instill MAGA (or Make America Get Along), Miller touched on his experiences visiting the San Joaquin Valley from his home in Santa Barbara.

“This is like the Tigris and Euphrates of North America right here,” Miller said of the Valley. “There are parts of California that are dead, including parts that produce food.”

Miller spoke of a previous visit to a farming community near Bakersfield at the invitation of local farmers to give a talk and make an appearance on Fox News’ The O’Reilly Factor.

“I actually flew in and [the ground] was like a checkerboard pattern and I remember it breaking my heart so much,” Miller said of fallowed ground near Bakersfield. “It actually shut down parts of this farmland – the greatest yield we have in our country – for this thing called a delta smelt.”

The comedian was met with applause after knocking the two-inch fish oft-cited for restricting water to flow southern San Joaquin Valley farms, leading to fallowed ground.

Miller pivoted to his 10-point plan, ranging from the practical, such as term limits for elected officials and time limits on presidential campaigns, to the more amusing, such an internet toll on social media use with a surcharge for an anonymous alias.

Next up to visit the San Joaquin Valley Town Hall is Jimmy Chin Oscar winning director of Free Solo on Nov. 20. Other speakers in the Town Hall’s season include Former White House Chief of Staff General John Kelly and journalist Jane Pauley.