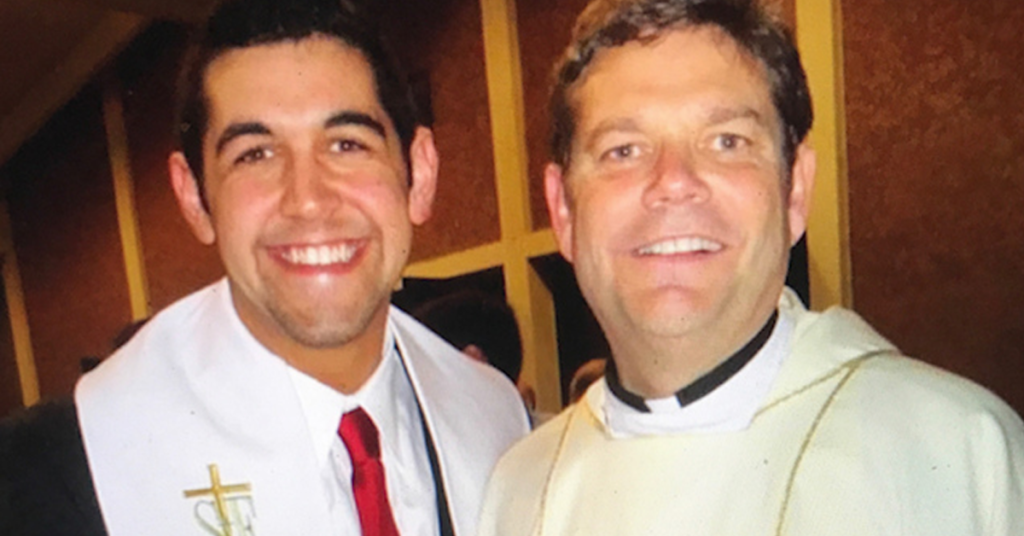 Last year, Gilligan alleged that he was a victim of sexual advances from Harrison, and he said he witnessed the priest take advantage of children in a sexual manner.

It’s one of three defamation lawsuits Harrison has filed.

The other two are against Stephen Brady – the president of Roman Catholic Faithful Inc., who made allegations against Harrison involving sexual misconduct with minors – and the Roman Catholic Diocese of Fresno, specifically saying that communications director Teresa Dominguez made defamatory statements against him.

The lawsuit against Brady stems from a press conference last year in which Brady alleged that Harrison examined boys’ genitals to check if they were using drugs.

Harrison’t lawsuit against Dominguez came after she sent an emailed statement to San Francisco-based public radio station KQED saying that she believed Gilligan’s allegations and supports him.

Attorney Paul Jonna represents both Gilligan and Brady, and he filed anti-SLAPP motions in an attempt to have the lawsuits dismissed.

Brady’s motion was previously dismissed, but Jonna has appealed it to the 5th District Court of Appeal. Jonna told The Bakersfield Californian that he plans to appeal Gilligan’s anti-SLAPP motion.

While Harrison is battling the defamation lawsuits in court, he remains on leave from St. Francis of Assisi Catholic Church in Bakersfield.

The Roman Catholic Diocese of Fresno placed Harrison on paid administrative leave in April 2019 to investigate the sexual misconduct allegations, and in July 2020 the diocese appointed Reverend Theophane Nelliparambil Antony to take over as administrator of the St. Francis of Assisi parish.

Throughout all of the allegations, Harrison has maintained his innocence.