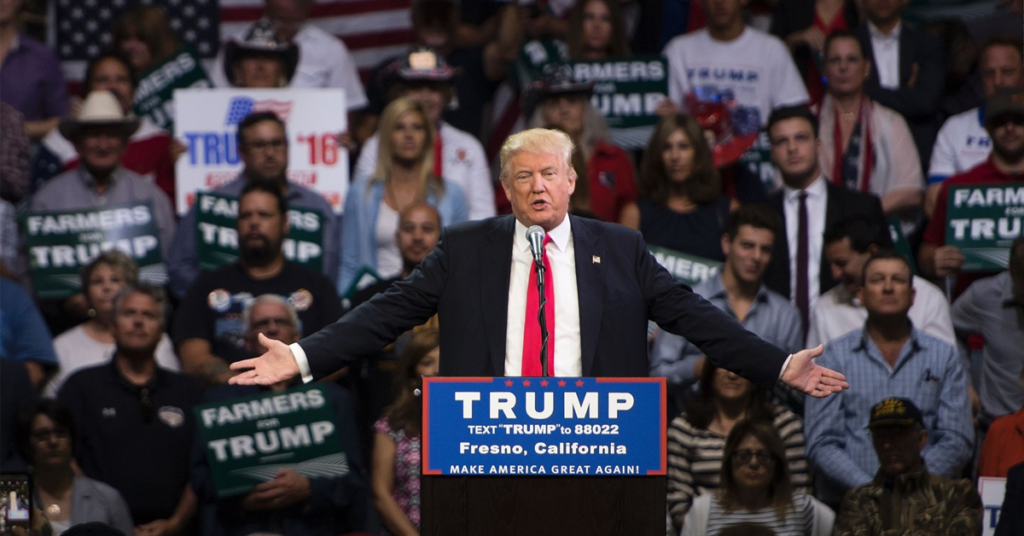 Three-and-a-half years after Donald Trump last visited the San Joaquin Valley as a candidate for President, he’s headed back to the region.

Local sources told The Sun on Wednesday that Trump is expected to make the trek to the San Joaquin Valley next week for the first time since his candidacy in 2016.

By Wednesday afternoon, additional Valley news agencies confirmed that Trump will visit the city of Bakersfield on Wednesday, Feb. 19.

The exact nature of the visit is not currently known. A spokesman for The White House declined to comment to The Sun on Wednesday morning.

The Pences visited in July for a whirlwind tour. The Vice President headlined a fundraiser at Harris Ranch, then held a rally on the USMCA trade agreement in Lemoore. Meanwhile, Karen Pence met with military families at NAS Lemoore and toured downtown Hanford.

A Trump visit would coincide with another high-profile visit from Interior Secretary David Bernhardt. Bernhardt is scheduled to headline a forum on California water with Rep. Devin Nunes (R–Tulare) on Tuesday.

Trump himself last visited the Valley for a fundraiser in Tulare shortly after he accepted the Republican nomination at the GOP convention in Cleveland.