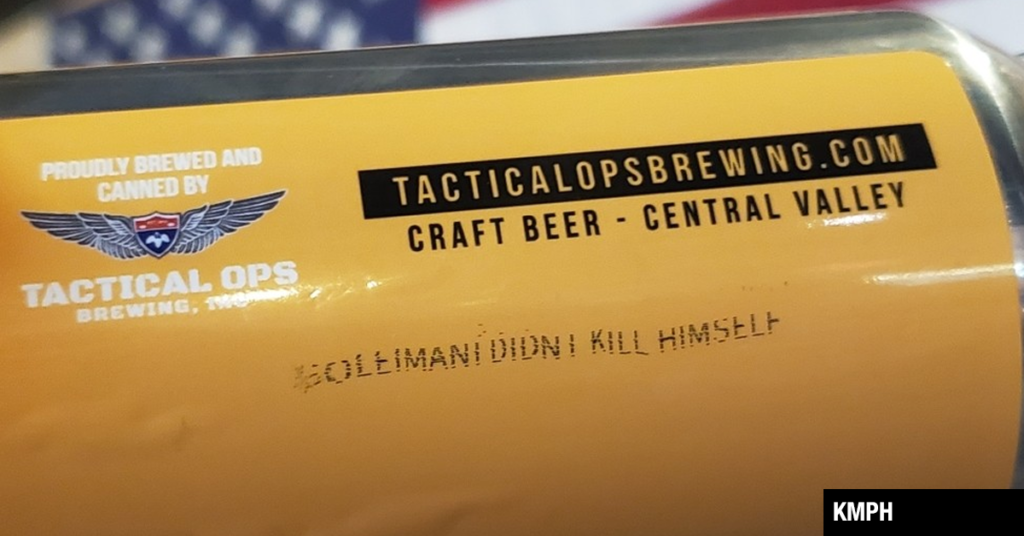 Tactical Ops Brewing, a Clovis-based brewery, is at it again with new jokes.

Riffing on a meme about financier Jeffrey Epstein, the brewery began printing “Soleimani didn’t kill himself” on select cans of its Bomber Blonde Ale beer.

The tagline is alluding to the targeted killing of Iranian Gen. Qassem Soleimani, the leader of the Islamic Republic’s Quds Force, last week.

Last November, the brewery printed the infamous tagline “Epstein didn’t kill himself” on its cans, too, over the conspiracy theory that Epstein did not commit suicide but was murdered.

Both printings were first reported by KMPH.

On its official Facebook, the brewery joked its operators were “more afraid of getting suicided by the Clintons than of Iranian marksmanship.”

They added: “Still, if there is a smoking crater at Barstow & Clovis in the morning, lie & say nice things at our funerals.”