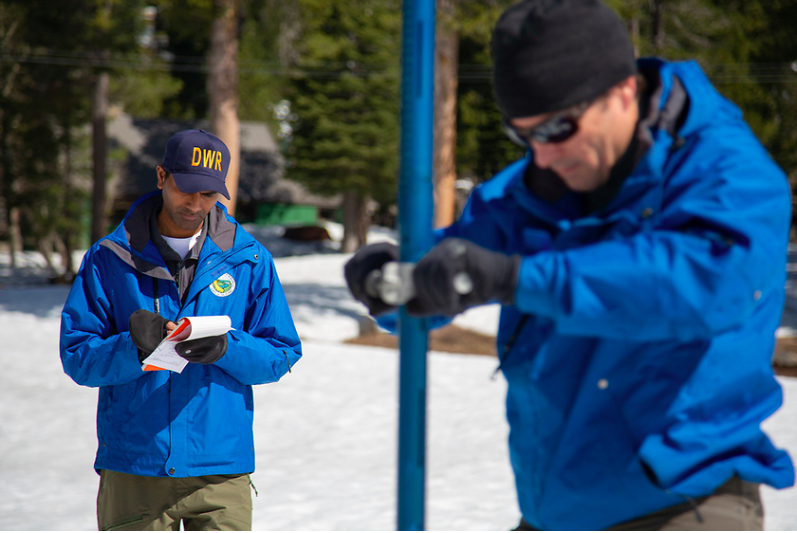 The final survey of Sierra Nevada snowpack for 2019 shows cold and dense snowpack, allowing for runoff to feed into waterways into late summer

The manual survey conducted by California’s Department of Water Resources at the Philips Station in the Sierras found 47 inches of snow depth, equating to a snow water equivalent of 27.5 inches.

The department reports this snowpack level is 188 percent of average for Phillips.

Statewide, DWR reported that snowpack sits at snow water equivalent of 31 inches, or 144 percent of average.

“California’s cities and farms can expect ample water supplies this summer,” said Karla Nemeth, a director with the Department of Water resources. “But it’s critical that it’s put to replenishing groundwater basins and storage reservoirs.”

Currently, most of California’s major storage systems feeding the State Water Project and Central Valley Project are at or near capacity.

DWR reports that reservoirs are holding capacity between 96 and 128 percent of historical averages.

As for current water allocations, State Water Project contractors are currently receiving an allocation of 70 percent of their contract.