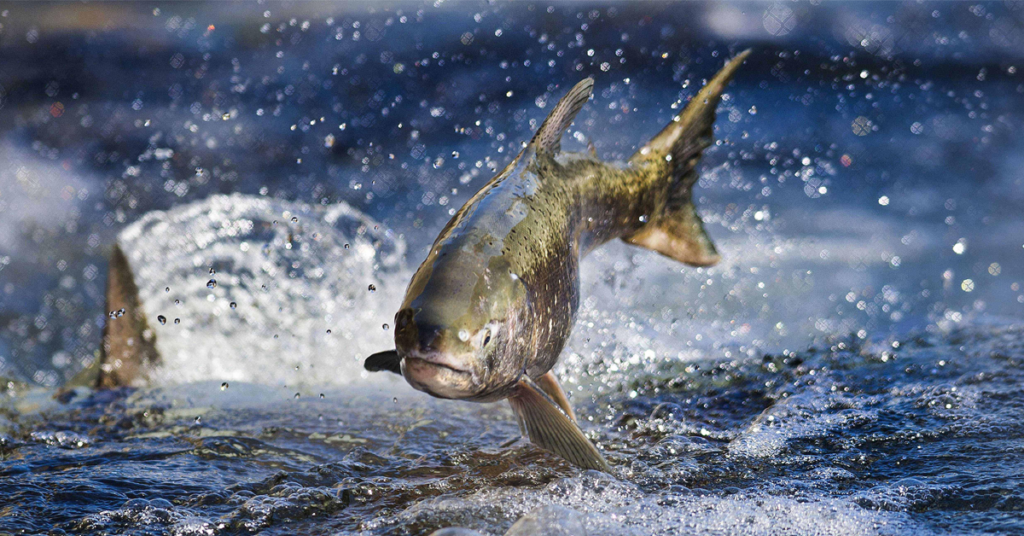 The recent United Nations report estimating as many as one million species are facing extinction may have been received by many readers as another blow chronicling our collective decline. The fate of these species and perhaps humanity itself, however, rests on our ability to internalize the report’s findings as a call to action. Fortunately, to help meet this call, science is also providing us a roadmap to recovery.

This is particularly true for California’s wild Chinook salmon, which survived four million years of ice, floods, and drought to bring nutrients from the ocean, the origin point of life on earth, to the coast range, the Central Valley, and the Sierras. Today, these fish fuel a multi-million-dollar industry that’s essential to coastal communities and beyond.

Still, for more than half a century we have known that the loss of habitat behind dams was contributing to the decline of our salmon, particularly in the rivers of the Central Valley. In the last two decades we have measured the combined effects of natural flow loss and levees blocking access to fertile floodplains on the survival of salmon. A 90 percent reduction in fishes’ rearing habitat has turned the rivers into uncomfortably warm food deserts, forcing young fish to eke out a living wherever they can, and head to the ocean perilously undersized.

But science shows us time has not yet run out for California fish. At this moment, my organization – Trout Unlimited – along with state and federal agencies, other NGOs and water districts are in discussions to see if we can hammer out a voluntary agreement to restore the Sacramento and San Joaquin Rivers and Delta and recover dying fish populations. To be valuable today and to future generations, though, this agreement must not only prevent the further decline of fish populations but also put them on a course where their numbers reliably and steadily recover over time.

Through projects in places like the Yolo Bypass, we’ve proven that young salmon can grow bigger and faster on seasonally-flooded agricultural lands and wildlife refuges. We know that by releasing enough water from reservoirs at the right time, we can keep rivers cool enough that fish survive and swift enough to carry them out to the ocean. And because an individual female salmon produces thousands of eggs, the population can rebound from low numbers quickly in favorable conditions.

If we can make things just a bit easier and provide reliable water and habitat, salmon in California can and will recover. This understanding informed the State Water Resources Control Board’s recent approval of a legally-required water management plan to reverse the ecological crisis that threatens an important coastal industry, drinking water for millions, and the natural heritage of California.

The water board has expressed a willingness to consider substituting its plan with a voluntary agreement that meets the same goals and objectives. Neither path will lead to recovery overnight, but we have the science, tools, and experience to turn the tide – we just need the will.

With the support of the Newsom administration, there is a table of stakeholders that is more collaborative and more open than it has been in the past, but goodwill alone is not enough. These discussions can’t settle for simply making the situation better than it stands today. An agreement that merely slows the rate of decline could be marketed as improvement, but it will still lead to extinction of the species and the collapse of sport and commercial salmon fishing. We have the ability and resources to do much better.

Promisingly, current voluntary agreement discussions are starting to embrace adaptive management principles. That kind of experimentation means setting clear objectives informed by what science demonstrates is possible, implementing flow and habitat projects, measuring the effectiveness of those projects over time, and continually adjusting based on new information. Critical to that approach is ensuring that each year there is enough water and places for fish to live, hide, and reproduce in the rivers, so that these experiments have any hope of effectiveness.

Success means more than just saving California fish from extinction. These actions have the potential to protect the rivers that families rely on for recreation and quality of life and that other species of waterfowl, songbirds, and amphibians rely on to survive. As Governor Newsom said in his May budget revise presentation, “let’s do something that makes us proud.”