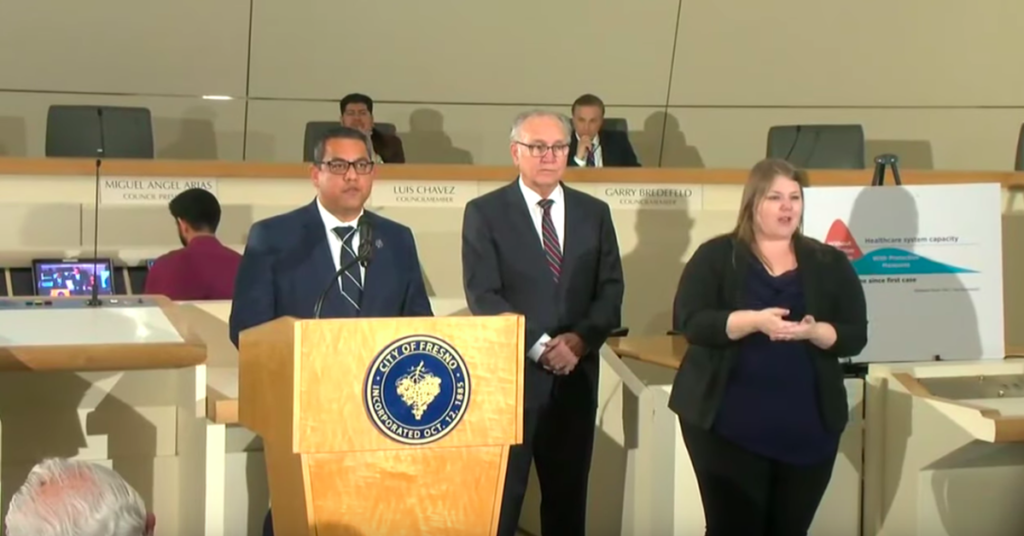 As of Wednesday night, there are two things I know to be true – there’s no difference between good flan and bad flan, and there is no mandatory shelter-in-place in the City of Fresno.

It was hard not to watch Wednesday’s announcement that California’s fifth largest city would enter citywide quarantine and not think of William H. Macy in the 1997 film Wag the Dog.

And in the same breath that City leaders issued an executive order forcefully coercing Fresnans to shelter at home, they dismissed it as not being an order at all.

Despite the best efforts of a City Councilman, Fresno Police won’t arrest or high tail you back into your home by the scruff of your neck if you leave for purposes other than “essential business.”

We can all breathe a sigh of relief for that.

Elsewhere, a widely-circulated draft of the order exempted Fresno’s homeless population from complying with the shelter-in-place command. Shortly after Councilman Garry Bredefeld publicly pilloried the exemption for undermining the entirety of the order, it was quietly removed.

Amid the constant flow of titles on Netflix, it’s important to note who, exactly, is the boss in the middle of a public health crisis.

With few exceptions, California’s public health infrastructure is the domain of the State of California and its 58 counties, not cities.

A quick perusal of the City of Fresno’s payroll and you won’t find a single public health official listed. The lone medical practitioner hired by the City of Fresno is a phlebotomist (or, in plain English, someone who draws blood).

Throughout, Fresno County’s two public health chiefs have been transparent and upfront about the real-world dangers of coronavirus.

Yet, armed with the totality of facts, science, and data about coronavirus’ impact locally, neither Pomaville nor Vohra have recommended Fresno County declare a shelter-in-place order or close down non-essential businesses.

County leaders and the City of Clovis are clearly listening to local medical experts. So what’s guiding the panic at Fresno City Hall?

That much became evident when Asm. Joaquin Arambula (D–Fresno) quite visibly attempted to throw County officials under the bus during prepared remarks on Wednesday.

Arambula wrongly claimed that Fresno County businesses would find themselves at the back of the line for Small Business Administration emergency disaster loans due to the County not issuing an emergency declaration until Tuesday.

In fact, Fresno County’s Administrative Officer Jean Rousseau issued the declaration on Sunday, one day before the SBA loans were even announced.

With Fresno’s non-essential business ordered closed (the lone enforceable portion of Wednesday’s order), it’s not difficult for Fresnans to conduct such business.

“You can go to Clovis or go to Fresno County,” Bredefeld said on Wednesday. “That doesn’t make a lot of sense.”

He’s right. Without a unified voice to guide the public health, Fresnans and their neighbors aren’t being led, they’re receiving a free fright session courtesy of Peter Panic politicos.

Ultimately, it’s time to stop mistaking the perception of helpfulness as leadership.