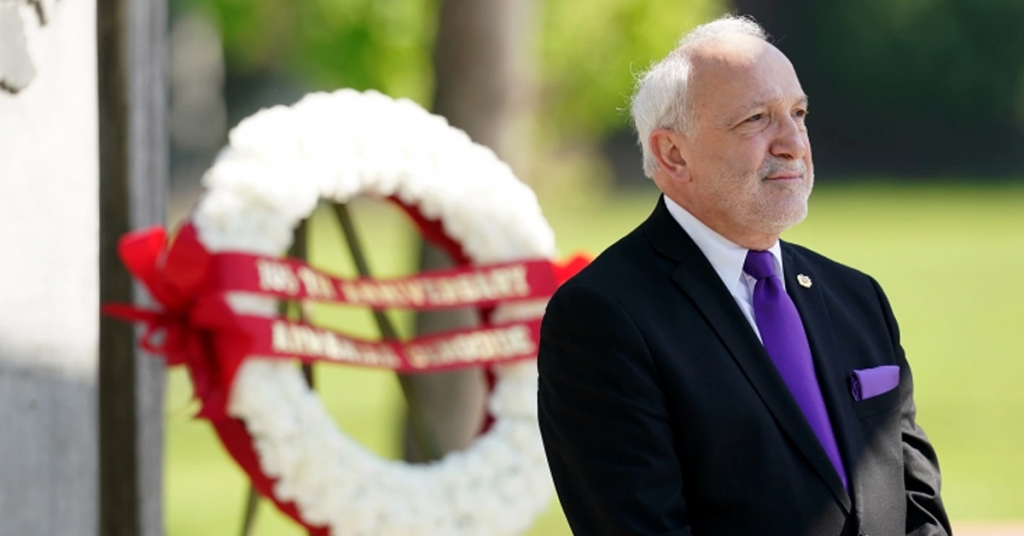 The following is a response to an Oct. 14 column by Sun editor Alex Tavlian.

Simply put, the article is a misinformed opinion and devoid of journalistic research.

The opinion piece missed a great opportunity to interview [Honorary Consul Berj] Apkarian for a debrief of his activities.

In fact, it denigrated the many strong ties that the “Valley stakeholders and the Near East Republic” have.

Let’s start with FUSD and the long path to the “Tatarian” School. That effort started before this 2021 Board took office.

He and Michelle Assadourian met with the then FUSD Board Chair urging recognition. During this year’s effort, he was part of the internal discussion, with Arax and Assadourian, on selecting and championing the Tatarian proposal throughout the community.

He wrote a letter to the Board urging their consideration, read by community activist, Barbara Mortanian.

As relates to the war in Artsakh, Apkarian lead efforts to lobby Congressional leaders with community representatives, including local attorney Marshall Moushigian.

He obtained both Fresno City Council, Mayoral and County Board of Supervisor recognition and condemnation of Azerbaijan’s hostile ethnic cleansing during the 2020 war.

The virtual flag raising at City Hall was organized by an Armenian community organization, where multiple City officials including Arias spoke, I was there, my daughter and her scout troop raised the flags.

Apkarian went on numerous television, radio and internet programs and platforms seeking support for Artsakh and Armenia. In coordination with a number of local organizations hundreds of thousands of dollars were raised, 1650lbs. of critical medicine, medical equipment and supplies were sent, including bullet proof vests from our Sheriff’s department because of his work with Sherriff Mims.

As the Honorary Consul, he is a diplomat representing the Republic of Armenia. He delivers the Republic’s message, popular or not. There was no “push to dedicate an Honorary Consul” in Fresno. That initiative came from leveraged relationships. He has repeatedly leveraged relationships and advanced the interests of Armenians in the homeland, nationwide, statewide and locally.

He is not a career politician who is underwritten by the Republic, but rather a volunteer who is a family man with a professional career in the medical field. A “rallying cry to unite” the nation is different from our Fresno community’s lament for leadership. Although Apkarian is not a community organizer, he has used the Consul position to bring together an unfocused Armenian community

Our historically splintered community has never seen the type of common purpose as we do today. Community events sponsored by the Consul always bring together the highest caliber of Armenians and non-Armenians across all political and provincial community lines.

Politics, culture, history, economics, medicine, agriculture, trade, education, Genocide recognition and faith are a few subject areas I know the Consul has actively engaged his capitol.Apkarian is a community leader in his own right in a community devoid of Leadership.

He is active in his local church, Armenian School and community organizations. Next April 24th, when we’re at Fresno State, ask those involved about the tribulations and triumphs of erecting the only Armenian Genocide memorial on a major university campus. That didn’t just happen by itself.

His professional accomplishments in the medical administration field have brought the best of medical professionals, Armenian and non-Armenian from Fresno and across the country, together for 6 Medical Mission trips to Armenia.

They just recently returned from Armenia wherein this trip focused on the physical and mental rehabilitation of our most committed men and women of the armed forces. That’s 6 missed journalistic opportunities to promote our “region’s vibrant Armenian community” and to showcase our very real strong ties to the Republic.

Armchair quarterbacking may be in season, but I’ll put up Apkarian’s character, initiative and leadership up against any others.