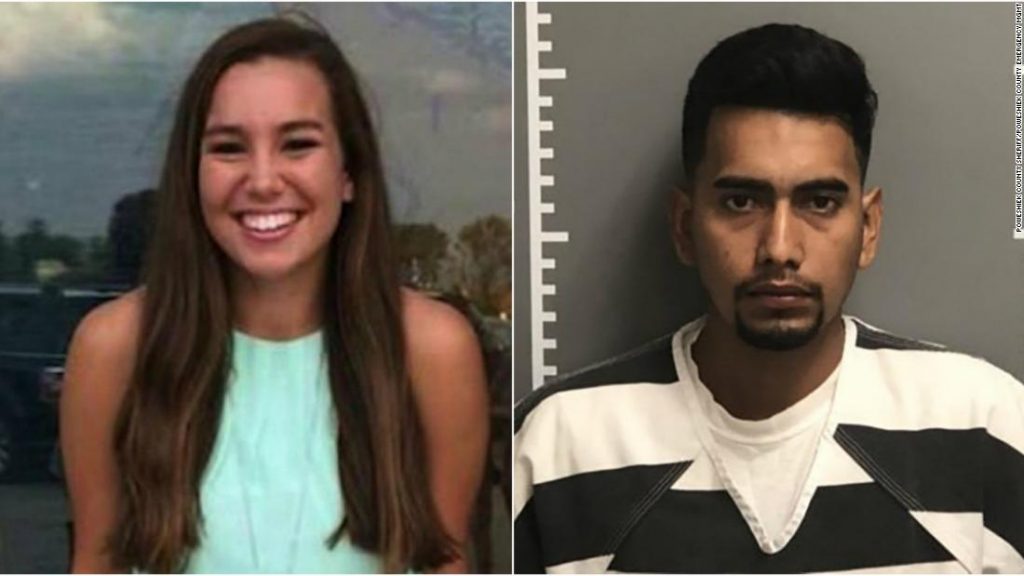 The panel in Davenport deliberated for seven hours over two days before coming back with the verdict against Rivera, the 24-year-old Mexican national who led investigators to Tibbetts’ body in a Brooklyn, Iowa, corn field nearly one month after she went jogging on July 18 and vanished.

The defendant showed no emotion as the single verdict was announced.

He could have been convicted of second-degree murder or manslaughter, but once jurors agreed on guilt on the top charge, those lesser options became moot.

District Court Judge Joel Yates ordered Rivera into custody with no bail and set his sentencing for July 15.

Deputies handcuffed the now-convicted murderer and took him back to jail, as his defense lawyers and prosecutors cordially shook hands.

“In this case we’re very pleased that the jury took the time that they did to look at the evidence and to deliberate,” defense lawyer Jennifer Frese, standing next to her co-counsel and husband Chad Frese, told reporters. “It would be impossible to find a jury that hadn’t heard about this case.”