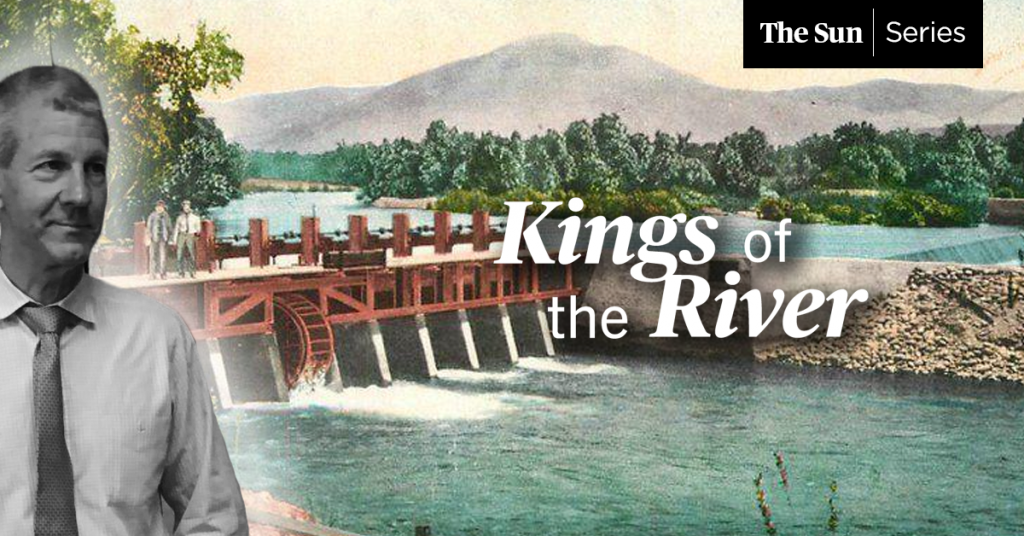 This is the first installment of a new SUNLIGHT Series: Kings of the River, a review of the machinations and battles on the oft-overlooked Kings River.

Has the San Joaquin Valley reached its Chinatown moment?

For farmers who rely on water from the Kings River, the answer winds up as some shade of “yes.”

But the players are different. This isn’t the Owens Valley and William Mulholland doesn’t work for the City of Los Angeles.

Uneasy about a slowly-marching plan to siphon Valley water for Southern California, farmers and some water managers are worrying about the growing shadow of one of the region’s largest land owners.

A Man of a Different Valley

You may have never heard of John Vidovich, but his impact on the day-to-day life of the average southern San Joaquin Valley farmer is difficult to be understated.

Vidovich is the owner of Sandridge Partners, LP – a farmland investment firm that has undertaken more than 100,000 acres of Valley farmland.

And while Vidovich grows crops on thousands of the acres he holds and processes his own almonds at a plant in Wasco, his vast holdings in farmland have granted him entree onto a bevy of water district boards, controlling the region’s economic lifeline.

And like other of the region’s water barons present and past – Resnick and Boswell – Vidovich’s last name is a sort of shorthand in coffee shop chatter from Delano to Easton.

A native of Sunnyvale, Vidovich was the son of a Bay Area real estate scion. His father, Stephen Vidovich, founded DeAnza Properties in 1966 and led the charge to convert the Santa Clara Valley from farmland and pave the way for Silicon Valley to become the hub of late-20th century and early-21st century American innovation.

Though his father passed 13 years ago, the son – a graduate of Santa Clara School of Law and inactive lawyer – continues to manage the real estate firm with holdings in Los Angeles, San Francisco, Silicon Valley, Salt Lake City, and San Diego’s North County.

That’s on top of managing 100,000 acres of farmland and sitting in on Valley-based water boards.

In a profile of Vidovich written by Lois Henry – then of The Bakersfield Californian now writing exclusively for her own service, SJVWater – the farmer-lawyer-real estate magnate made no bones about where local misgivings began.

In 2009, Vidovich sold the annual rights to 14,000 acrefeet of water belonging to property sitting in the Dudley Ridge Water District, located in Kings County, for an eye-popping $73 million.

The sale meant Kings County farmers and water users lost out on the ability to buy utilize Vidovich’s portion of water, all while keeping it local.

In a profile written by Lois Henry, then of The Bakersfield Californian now writing exclusively for her own service – SJVWater, Vidovich readily acknowledge the acrimony the sale caused.

“I did sell water out of Kings County to an urban user and people didn’t like it. At the time, I was heavy with state water but the state water had low allocations and I had no other water source over there (Dudley Ridge land in western Kings County),” he told Henry.

In his book, The Dreamt Land, Fresno-based reporter and author Mark Arax noted that Vidovich’s business moves were driven out of an almost singular commodity: water.

One year later, Vidovich turned his gain from the water sale to Mojave into an almost outright acquisition of land in the Angiola Water District in Tulare County.

The construction of the pipeline forced the irrigation district’s hand, launching a lawsuit to halt Angiola’s water exports – at one point to the tune of 30,000 acre-feet annually.

Along with paying a quarter-million for recharging the aquifer, with the terms including a restriction on pumping of up to 36,000 acre-feet annually, or 130,000 acre-feet within a five-year consecutive period and a separate restriction that the district, nor its members, move water outside of Tulare and Kings counties.

In his writing in The Dreamt Land, Arax notes that Vidovich found a creative route around that restriction. Within the confines of the settlement with Pixley Irrigation District, he continued to move water out of Angiola and into Dudley Ridge.

However, there was a twist.

From Dudley Ridge, pipelines belonging to the farming empire of The Wonderful Company (owned by Beverly Hills billionaires Stewart and Lynda Resnick) the move the once-Angiola water via pipeline to Kern County to irrigate the company’s fields of pistachios, pomegranates, and citrus.

And while Resnick and Vidovich have been at odds in the past over San Joaquin Valley water feuds – especially centering on the appearance that Resnick was overly-familiar in his utilization of the Kern Water Bank – the feud is long gone.

One giant dealing water to another has rubbed smaller operators along the Kings River, but what it signals that is perhaps more worrisome – that Valley water can easily wind up on the block.

Today, the highest bidder may grow crops in the region. Tomorrow? A parched Southern California suburb looking to keep up with a booming population.

Ultimately, it drives a lucrative – if sad – mission, as uttered by the looming giant himself.

““I’m here to show the farmer that ag’s footprint needs to get smaller.”