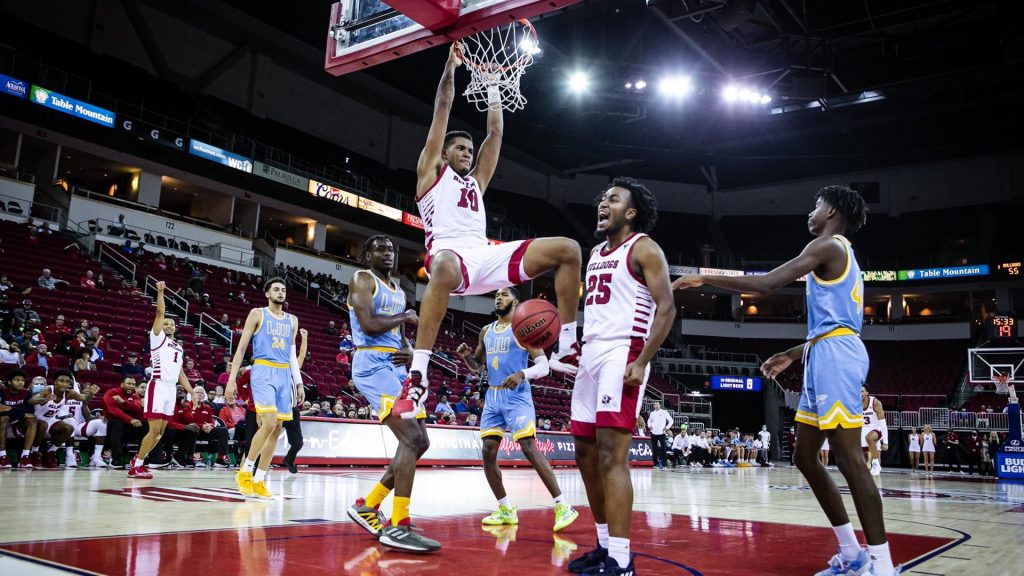 Ahead of the conference tournament this week, two Bulldogs were honored as All-Mountain West men’s basketball selections Monday by the media.

Reporters from each of the 11 markets in the conference voted for the honors. The official honors – voted on by the league’s head coaches – will be announced later this week.

Robinson finished fourth in the Mountain West averaging 19.2 points per game and also posted a fourth-best 8.2 rebounds per game average.

He was one of the league’s best defensive players, coming in fifth with 1.3 blocks per game while adding 1 steal every game.

The star forward also placed second in voting for the conference player of the year, which he missed out on to Colorado State’s David Roddy.

While Holland did not make one of the top three all-conference teams – per the media’s selection – he was one of Fresno State’s best players on the year, averaging 9.6 points per game, 6 rebounds per game and shot 47.1 percent from three-point range while earning praise from Head Coach Justin Hutson throughout the season for his efforts on the defensive end.

Fresno State wrapped up the regular season with an 18-12 overall record, but placed sixth in the Mountain West with an 8-9 record in conference play.

The Bulldogs finished the season with a two-game losing streak and had a tough final stretch as they went 4-6 since the start of February.

As the No. 6 seed in the Mountain West Tournament, Fresno State will play No. 11 San Jose State in Las Vegas on Wednesday at 4 p.m.

If the Bulldogs win, they will advance to play San Diego State on Thursday.