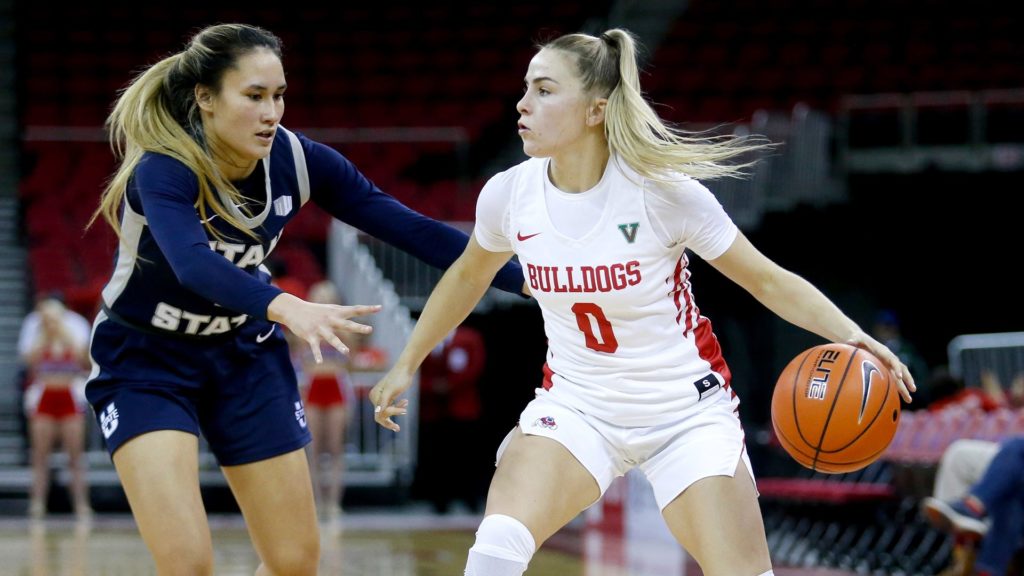 Following another successful week for Fresno State athletics, two Bulldogs were named as the Mountain West Player of the Week for their respective sport on Monday.

Freshman guard Hanna Cavinder of the women’s basketball team earned her second player of the week honor of the season.

Cavinder scored 20 points in the 78-76 win over San Jose State last Wednesday in which the Bulldogs secured the regular season conference title.

She followed that up with another 20-point performance on Saturday in the 79-61 win against Utah State.

This is the fifth player of the week honor for the Bulldogs this season. Utti was honored twice in January, and Aly Gamez was honored last week.

The Bulldogs are 22-4 overall and 15-0 in the Mountain West. They have three more games in the regular season, starting Wednesday at Air Force. Fresno State returns home next Saturday to play Nevada on Senior Day.

Over on the baseball diamond, junior catcher Zach Presno lit up UC Irvine pitching over the weekend as the Diamond ‘Dogs jumped out to a 2-1 start to open the season.

Presno didn’t record a hit in the season opening 3-1 win over the Anteaters Friday evening, but he exploded on Saturday for two home runs in the 12-6 loss. He also added a double and finished with 4 RBIs on the day.

The story continued into the series finale on Sunday. The Bulldogs were down 10-6 heading into the bottom of the eighth, but they managed to quickly score three runs before Presno came to the plate. He promptly blasted a go-ahead two-run home run down the right field line to complete the comeback.

Fresno State scored another run in the eighth and pitched a scoreless ninth to win 12-10.

The Diamond ‘Dogs continue their season with a home series against Washington, starting Friday at 6:05 p.m.