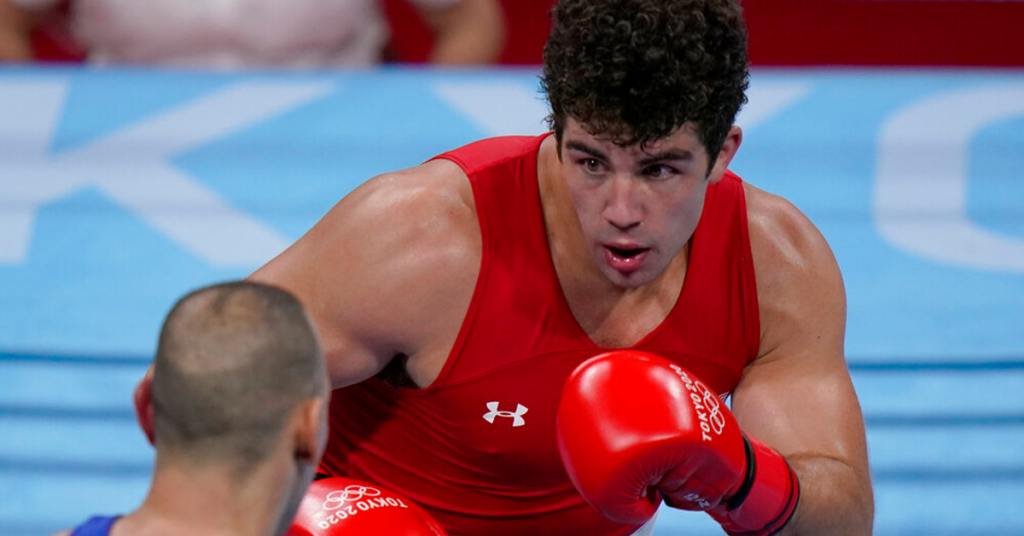 The 22-year-old Tulare native agreed to a multi-year deal with Top Rank, founded by famed promoter Bob Arum, on Nov. 17, just a few months after Torrez Jr. made it to the gold medal bout at the Tokyo Olympics over the summer.

Top Rank announced in a press release that Torrez Jr. will make his pro debut early next year.

“After the Olympics, I took my time in deciding my professional future and I was impressed with what Top Rank had to offer,” Torrez Jr. said. “I want to build something in this sport, and Top Rank has a long history of developing young fighters into champions.”

“Top Rank is proud to promote an outstanding group of fighters who also comport themselves with dignity outside the ring,” Arum said. “Richard Torrez Jr. is a southpaw pressure fighter who will instantly become a heavyweight fan favorite.”

While Torrez Sr. was an accomplished amatuer fighter, rankings as high as fourth in the world at one point, he fell short of making the 1984 Olympics.

But Torrez Jr. came through and delivered the United States its first heavyweight boxing medal in 33 years.

Along with his prowess in the ring, Torrez Jr. was the 2017 class valedictorian at Mission Oak High School, a football and track and field standout in high school and the president of the school’s chess club.

Although Torrez Sr. – who has coached Torrez Jr. for his whole life – was not able to join his son in Tokyo for the Olympics, the Visalia Times-Delta reported that the father-son duo will continue with Top Rank as Torrez Jr. will continue to train out of the family gym in Tulare.