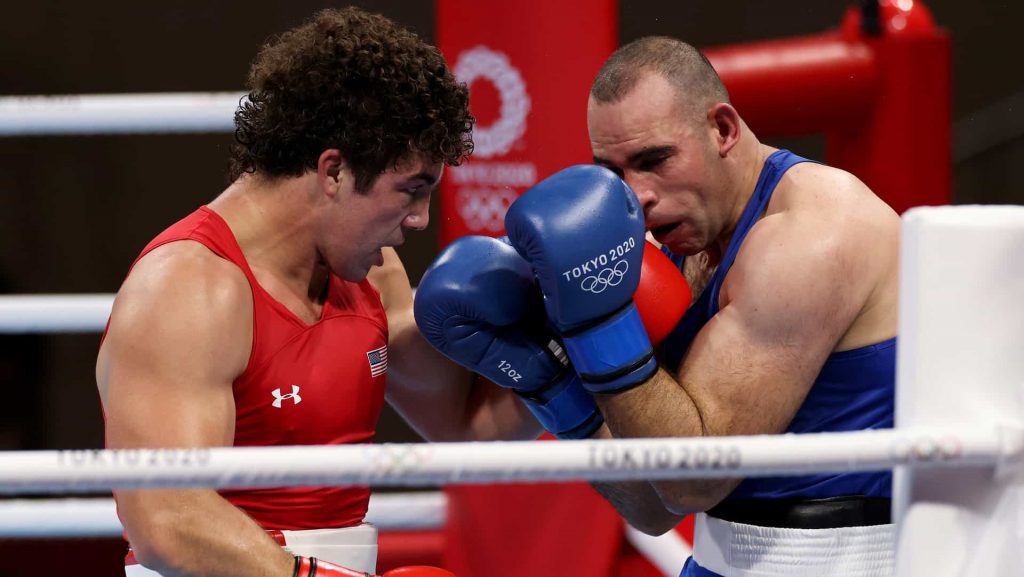 After a first-round throw down reminiscent of his defeat at the 2019 Pan-American Games in Peru, Tulare native Richard Torrez Jr. knew something had to change.

Dainier Pero, the Cuban fighter who defeated him in the Lima-based tournament two years ago, managed to score a first-round win with all but one judge giving him the decision in the frame early Sunday morning.

With the dream of an Olympic medal hanging in the balance – and the chance to end a 33-year medal drought for U.S. super heavyweight fighters – a recalibration emerged.

Torrez Jr. shifted gears and tactics to outfox the Cuban, who slowed considerably as the round went on. He caught a minor break when the fight was paused as physicians inspected a cut over Torrez Jr.’s eye.

Ultimately, four judges scored the fight 29-28 for the Tularean with another scoring it 29-28 for Cuba’s Pero.

With the victory, Torrez Jr. advances to one of two Olympic semifinals, scheduled for 11:18 p.m. Pacific on Wednesday.

In the other semifinal, Great Britain’s Frazer Clarke will square off against gold medal favorite Bakhodir Jalolov of Uzbekistan.