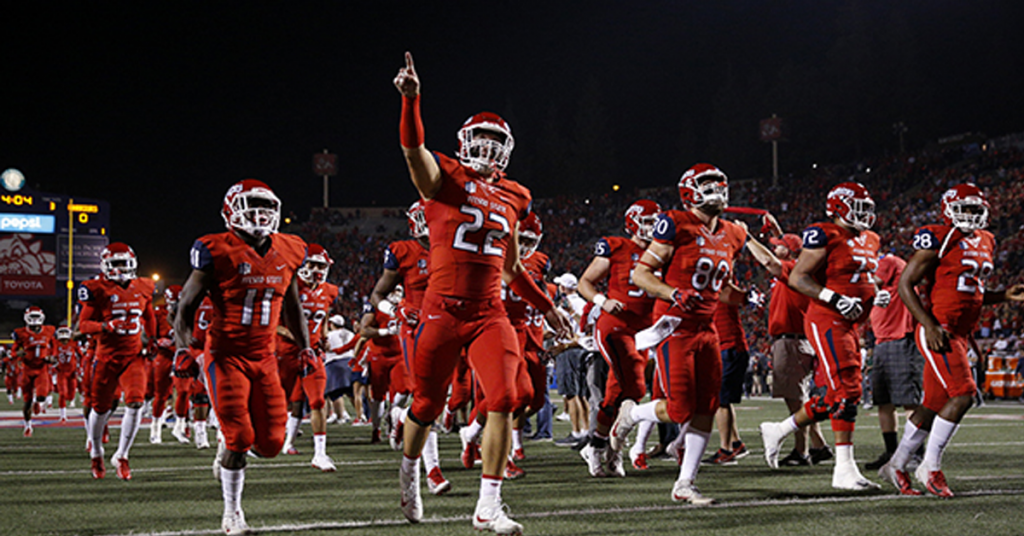 As Fresno State enters the world of student-athlete endorsements, two figures on campus stand to benefit the most come fall 2021: the Cavinder twins.

With their strong social media presence, the Cavinders likely stand to benefit the most from the eventual changes to name, image and likeness (or NIL) rights.

The NCAA currently does not allow student-athletes to sign endorsement deals, but those rules are likely to change, starting this time next year, meaning athletes will be able to monetize their NIL rights.

Opendorse CEO Blake Lawrence, a former linebacker at Nebraska, founded the sports technology company in 2012 along with former teammate Adi Kunalic. Since then, the pair have grown the company and have worked with over 15,000 athletes in all of the major professional leagues to maximize their endorsement value.

Although Opendorse has partnered with over 100 schools across the nation, Fresno State is the first college in California to sign on.

Fresno State is joining Opendorse’s Ready program, a program that will provide the Bulldogs a step-by-step solution for all student-athletes to capitalize on their NIL rights once the rules inevitably change.

So what type of star power does Fresno State currently have on campus with the Cavinder twins in the upcoming age of NIL endorsements?

“I think that the Cavinder twins and their online presence is eye opening to say the least,” Lawrence told The Sun. “For anybody in the Mountain West to look at two young student-athletes that have bonafide name, image and likeness rights value, that if the rules were different, would be able to generate six-figures a year in revenue simply from serving as influencers in social and digital media campaigns.”

Opendorse compiled estimations based on the Cavinders’ social media presence. The company projects that the Cavinders could earn a combined $167,000 annually with their current online following.

To break it down, both sisters each have 2,300 followers on Twitter, and can earn $21 a post based on Opendorse’s estimations. The twins both have over 100,000 followers on Instagram, which Opendorse values at over $3,500 per post.

Lawrence said Bueckers can earn around $335,000 annually, based on Opendorse’s estimations.

“You’re talking about Connecticut women’s basketball, one of the most storied programs and highly recruited prospects in women’s basketball history, and the Cavinder twins at Fresno State are on pace to compete with somebody on that in terms of earning potential,” Lawrence said.

While the Cavinder twins are at the top of the Fresno State market, every single student-athlete will learn how to monetize their NIL rights.

Opendorse will provide an analysis for all 500-plus student-athletes on campus to determine what their current value is, Lawrence said. The goal over the next calendar year – up until when the rules are expected to change – is to educate every athlete about monetizing their rights.

“This is what we do with more athletes than I think anyone on the planet, which is providing an assessment to every student-athlete, one-by-one to understand – whether you’re the Cavinder twins who have clear value in the name, image and likeness area to a walk-on freshman no matter the sport program that will have to work hard to grow their NIL value,” Lawrence said.

“We’re providing education to the entire spectrum of student-athletes on campus, and then providing a blueprint for them to grow that value between now and the time that the NIL compensation is allowed.”

Another side of education comes with the administration and coaches complying with the rules that the NCAA sets for monetizing NIL rights. Lawrence said part of the focus over the next year will be to work with those groups to ensure everyone understands how to work the market and stay within the rules.

Ultimately, Fresno State can use this as a recruiting tool since no other schools in the state have signed on for NIL support.

“The fact that Fresno State is moving this quickly on it says a lot about the leadership team over there, that they want to be the first school in California to have a solution like this,” Lawrence said. “They won’t be the last, but being first means a lot in terms of the recruiting conversations they’re able to have today that they weren’t able to have last week because they have an actual NIL solution.”