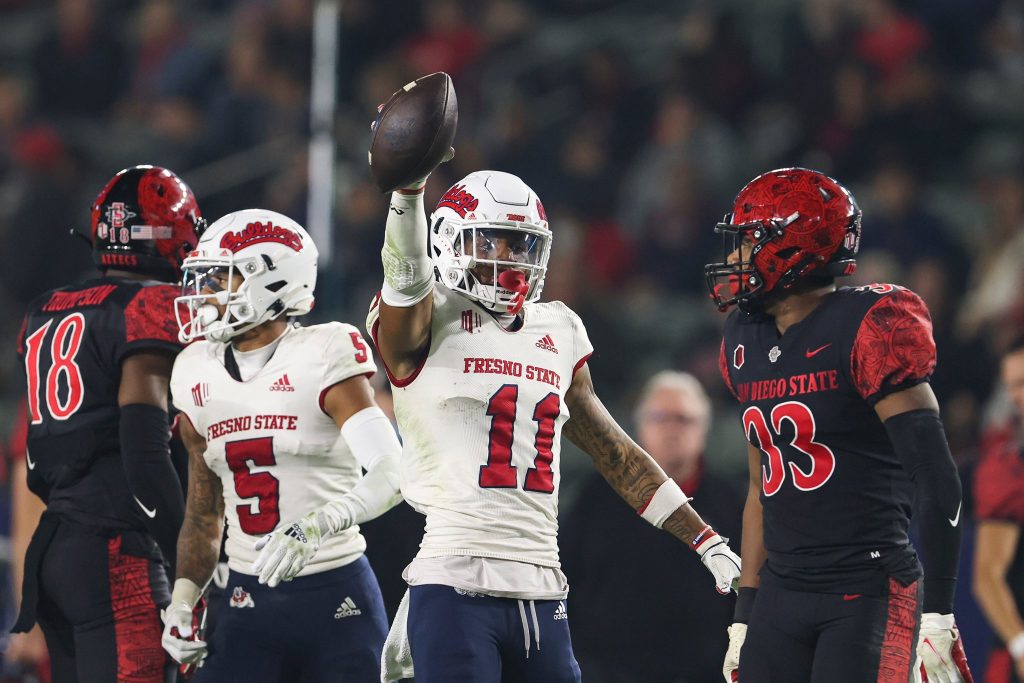 Following a Saturday night win over then-No. 21 San Diego State on Saturday, the Bulldogs have returned to the Associated Press Top 25 rankings, coming in at No. 25.

The 30-20 win over the Aztecs vaulted the ‘Dogs back into the national spot while San Diego State was knocked out, making Fresno State the lone team in the Mountain West to be nationally ranked.

Just like earlier in the season, Fresno State garnered a national ranking following a win over a ranked team. In September, the Bulldogs took down then-No. 13 UCLA and were rewarded with a No. 22 ranking.

The Bulldogs jumped up to 18th the following week with a win over UNLV – in part due to a slate of upsets involving Top 25 teams – but a loss to Hawaii the week after knocked out Fresno State.

With a bye week after the Hawaii loss, the Bulldogs returned to action in mid-October a renewed team. Strong defensive performances led the way to Fresno State victories over Wyoming, Nevada and San Diego State, while a balanced offensive attack helped the ‘Dogs reenter the rankings.

The Bulldogs also received some help from previously ranked teams to vault into 25th.

Besides San Diego State taking a loss, Pittsburgh (then-No. 17) and Iowa State (then-No. 22) also tumbled out of the poll with losses on Saturday.

Pittsburgh received 117 votes, the highest total for a non-ranked team.

What remains to be seen is where the Bulldogs place in the College Football Playoff rankings, which will first be released on Tuesday.

Those rankings could determine if Fresno State will host the Mountain West Championship game on Dec. 4.

If the Bulldogs win out, they will claim the West Division title and a spot in the championship game.

If current Mountain Division leader Utah State also wins its remaining Mountain West games, the ‘Dogs and Aggies would finish the season tied with a 4-1 record in conference play, meaning the team ranked higher in the College Football Playoff poll would host the championship game.