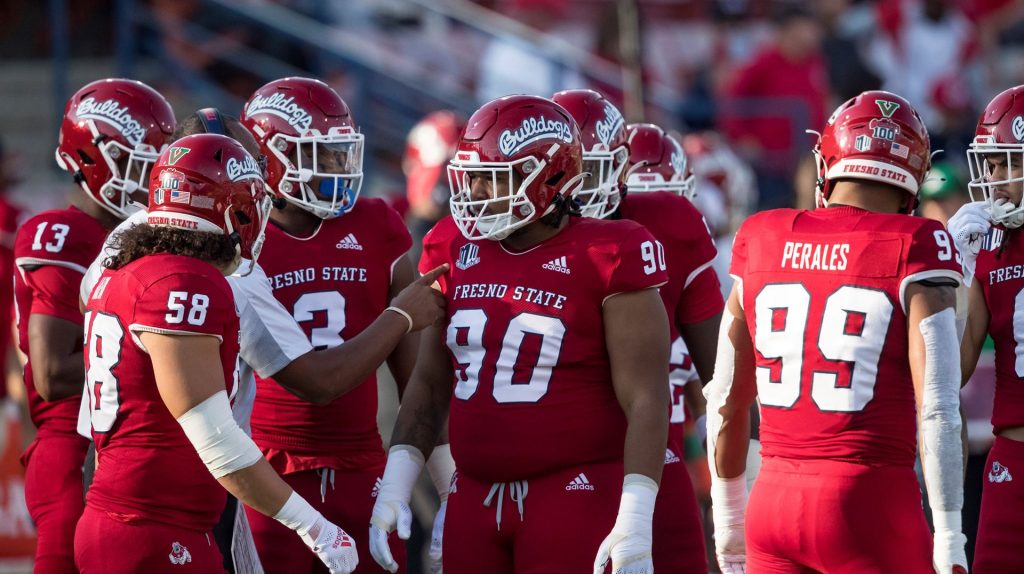 “Those guys are absolutely crushed. They’re embarrassed and really hurt with what happened out on the field on Saturday. In no way was that a reflection of their preparation or how hard they played. I just want everybody to know that,” Grubb said.

“It was a really difficult Sunday. All those kids had really high expectations for what was about to happen on Saturday, and obviously those things didn’t come to fruition. They were going for it, and they put it all out there on the line and definitely were trying to win the football game at all costs.”

Despite the Bulldogs’ embarrassing loss to their Mountain West nemesis, head coach Kalen DeBoer observed that the sun still came out Sunday morning.

“There is no one more disappointed than these guys. They’re the ones that invest all week long in hours and hours of film work, practice time, treatments to be able to even get on the football field, just all of that stuff. And that’s aside from an academic piece, a social piece that they also have to live as college students,” DeBoer said.

“We’ll get through it. I heard in different meetings, I heard it said in different ways, but the sun came up on Sunday. I heard it said it looked like it barely was coming up, but it came up. We’ve got to look at all the things that are positive and the blessings we do have and keep forging ahead. These guys love playing football together, they love each other and they get an opportunity to do that. As disappointed as they are, they’re going to keep fighting.”

DeBoer stressed the importance of the team controlling what it can control to bounce back when the ‘Dogs host 3-6 New Mexico on Saturday.

At 7-3 with two games remaining, the Bulldogs are no longer in control of their own destiny in the Mountain West. Fresno State’s 4-2 record in conference places third in the West Division, behind San Diego State and Nevada, who are both at 4-1 and owe their losses to the Bulldogs.

Fresno State can’t control what the Aztecs and Wolfpack do, but the ‘Dogs can finish out strong against New Mexico and then San Jose State on Thanksgiving Day to have an opportunity to win the division and play in the Mountain West Championship Game on Dec. 4.

DeBoer said the team’s confidence was “shattered a little bit” immediately after the game, but the Bulldogs don’t have any room for that to linger into this week if they hope to take advantage of any slips that San Diego State or Nevada have.

“We’re still not out of the race,” DeBoer said. “We don’t have it in our control as far as what the championship picture looks like, but let’s make sure we’re not in a spot where we’re really regretting it here in two or three weeks, because some of those teams have got to play each other. All it takes is one more loss and we’ll be right there.”

As DeBoer alluded to, San Diego State and Nevada play Saturday. While the winner of that game will be in the driver’s seat in the division race, both teams still have a tough schedule to close out the season.

On paper, Fresno State has the easiest road to winning out against New Mexico and 5-5 San Jose State.

Following the Nevada game, San Diego State finishes with 1-8 UNLV and 5-4 Boise State. Nevada will wrap up with 6-3 Air Force and 3-6 Colorado State.

If Fresno State wins out, the Bulldogs will play in the conference title game by virtue of owning the tiebreaker if the winner of San Diego State-Nevada drops one of its final two games.

“For the first time all year I threw some standings on the board just so the guys understand that there’s still a lot of football to be played. Other teams have got to play three games. We’ve only got to play two, so they think the season’s almost over,” DeBoer said.

“But there’s a lot of football left to be played across the whole conference and you never know. I just want to make sure we’re doing everything we can to worry about what we can control and take care of business on our Saturday this week and then worry about the next one.”