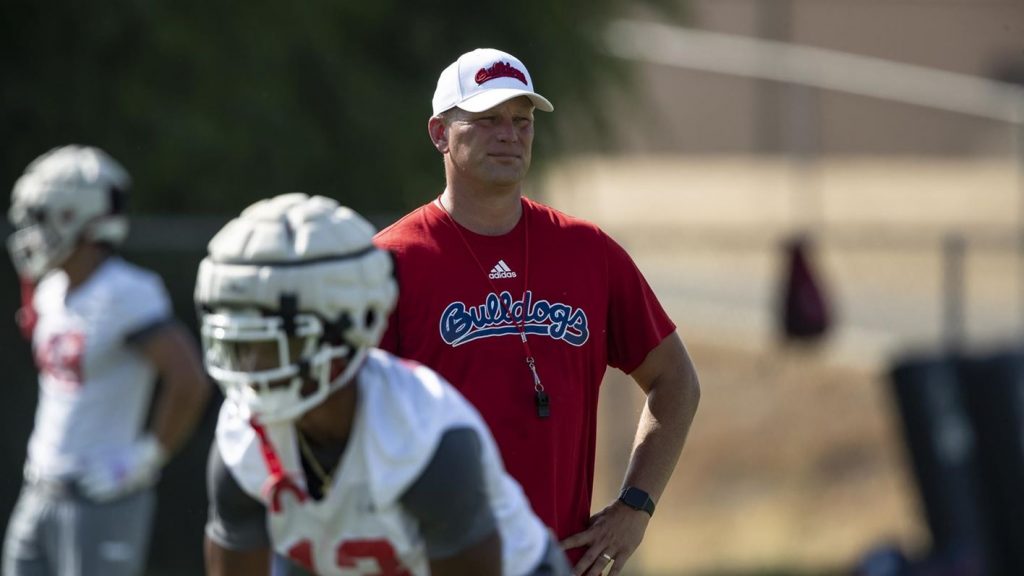 Just a couple of days removed from a near-upset in Oregon, Fresno State and Head Coach Kalen DeBoer are moving on to a more familiar opponent this week in Cal Poly.

Although the Bulldogs and Mustangs have not played since 2013, the rivalry goes all the way back to 1922 as the two sides are set to meet for the 45th time.

Fresno State owns the series lead 32-10-2, which comes as no surprise given the fact that Cal Poly resides in the lower-tier Football Championship Subdivision (FCS).

Despite the disparity in overall quality between the two programs, the Bulldogs have no room to dwell on last week’s mistakes and overlook the Mustangs with the recent losses by Mountain West schools to FCS teams.

The biggest upset of the weekend came at the hands of Big Sky member Montana, who beat Pac-12 foe Washington 13-7.

“I think those are great reminders to our team. I think it just shows you the fine line between different levels. Having been at the different levels – really almost all of them from NAIA to FCS to being a part of the Power 5 and of course here – there’s such a fine line. It’s depth,” DeBoer said at his Monday press conference.

“There’s going to be great players that we line up against this week, and it’s just a matter of what’s the depth on that team and can you exploit the guys that maybe aren’t quite at that level. We saw that this weekend when we played. We’ve seen it on other games over the weekend when FCS teams played teams in our league. It’s such a fine line.”

One of those players that illustrates the talent level of Cal Poly is receiver Chris Coleman, who spent four years with Fresno State before leaving as a graduate transfer after last season.

While Coleman struggled to carve out consistent playing time as part of a stacked receiving corps, he notably made an impact in the 2019 season opener against USC. Coleman had three receptions for 71 yards and 1 touchdown against the Trojans.

Just a few games later Coleman was asked to switch to defense to play cornerback due to a rash of injuries at the position.

“Chris is a great young man, and he put a lot of time into this program and have a ton of appreciation for him. We’re going to always wish our own the best. College years, they go so fast, and I know that’s the way it was for me. You want those years in college to be years that they never forget,” DeBoer said.

“Playing college football is an awesome time. We hope that he enjoys his opportunity there. I want guys to really love being here, but it doesn’t work out for the long haul for everyone. Obviously he’s going to be on the other side, so we’ve got to get after him. That’s going to be the way it is this week, but in the end a lot of appreciation, a lot of respect for Chris.”

Pasion was on the Fresno State roster from 2019-2020 but did not see any time on the field.

Ndoh – who was originally a transfer from De Anza College – played in 19 games from 2017-2018. He made four starts in 2018 and had 11 tackles, 2 tackles for loss and 1 sack before sustaining a season-ending injury midway through the season.