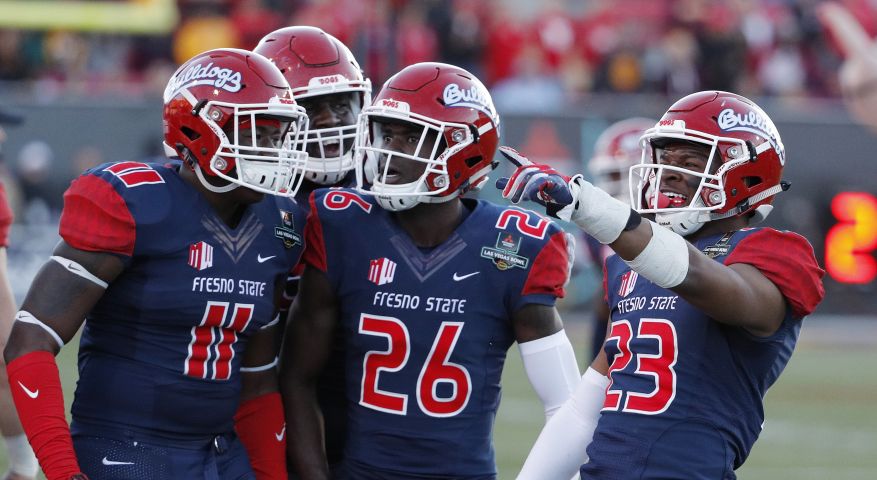 At 0-2, this obviously isn’t where the Bulldogs wanted, or expected, to be.

With a very front-loaded schedule, the idea was Fresno State would start strong against two Power 5 teams that are very beatable. And while the ‘Dogs certainly came close, they didn’t get the job done.

With the roster turnover coming into the season, including at quarterback, it was hard to imagine the ‘Dogs would be able to repeat last year’s 12 win season. While sights on a New Year’s Six Bowl are gone, the Mountain West Championship is still in play.

Good thing for the Bulldogs, the next five games are the easiest part of the schedule and will prepare them for the upper echelon of the Mountain West – except for Boise State, which isn’t on the schedule.

The USC game was disappointing, to say the least. Going into the game, it felt like all the stars were lining up for a Fresno State victory. But it was too much to ask for in Week 1. If Fresno State played the Trojans later in the year, I could see the story being written differently.

Losing in double overtime to Minnesota was heartbreaking, especially with the momentum after the defense held the Gophers to a field goal. But the ‘Dogs have two weeks to regroup and look at what happened to start the season.

Here are my takeaways from the two close losses:

So what’s next for Fresno State?

After the bye week, the ‘Dogs host Sacramento State and then will finish off the non-conference schedule at New Mexico State. They’ll win both of those.

Mountain West play starts after that, and good thing for the ‘Dogs, the schedule starts with Air Force on the road UNLV and Colorado State at home. This team is too talented to drop those games, unless we see the ‘Dogs beat themselves like they did in the 2017 loss against UNLV.

So ideally Fresno State will be 5-2 heading into Hawaii. That’s where things get tricky with a three game stretch against Hawaii, Utah State and San Diego State.

Hawaii has started the season with wins against Arizona and Oregon State. And weird things happen on the islands. Based on the first two weeks, I think Hawaii has the upper hand at the moment.

Utah State and San Diego State were both good last year and will pounce if Fresno State is going through a rough patch.

With Nevada and San Jose State rounding out the schedule, those three games will likely determine if the Bulldogs will play in the conference championship, which looks like it’s headed to Boise again.

Although the remaining games are all winnable, running the table for 10 games is too much to expect. But if the Bulldogs get on a hot streak and can take care of business against Hawaii and San Diego State, the West Division is still there’s to lose.