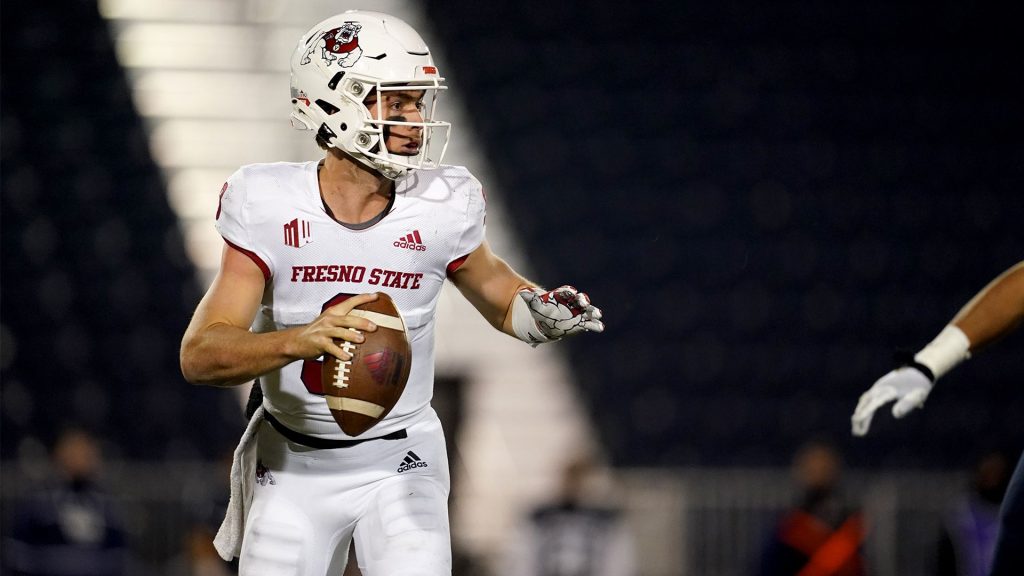 A win against the struggling Nevada Wolfpack on Saturday will send Fresno State to the Mountain West title game.

It’s an impressive position for the Bulldogs to be in after starting the season 1-4.

The Bulldogs gained some help from San Diego State last weekend in the Aztecs’ 43-27 win over San Jose State, knocking the Spartans down to two losses in the Mountain West, which allows the Bulldogs to drop one of the remaining games against Nevada or Wyoming and still win the conference.

At his Monday press conference, Head Coach Jeff Tedford said the topic of beating Nevada on the road to clinch the West Division will play a role in Tuesday’s team meeting.

“It’s kind of what we’ve been talking about every week about the link in the chain of what you play for each week. We really haven’t talked about that all year long until like November. When November started then the games became – not that the other ones weren’t meaningful – they just become a little bit more meaningful in that things are starting to take shape,” Tedford said.

“We’ll talk about it, but it’s not going to be an everyday thing. Tomorrow morning at the team meeting we’ll talk about where we stand and what it means and what we need to get done, and then from there it’s one play at a time at every practice and making sure that we’re going completely focused to play our best.”

Winning the West Division, at least on paper, looks to be readily achievable against the Wolfpack.

Nevada is limping into the game with a 2-8 record and has not won a game since starting the season with two straight victories, which came against New Mexico State and Texas State.

Nevada ranks 10th in the Mountain West in scoring offense at 19 points per game, and the defense ranks 11th giving up 30.3 points per game. On the other hand, Fresno State is tied for the top offensive team in the conference, with Boise State, averaging 30 points per game.

“They can be dangerous,” Tedford said. “They had San Jose 28-28 at the end of the game there. They play hard. They have capabilities. They have a really good running back. They have a couple good receivers. They have capability of scoring points. I think it’s Senior Day for them – that always brings a lot of emotion for any team, so I know they’ll be fired up for that. So we’re going to have to bring our best game in order to be successful.”

Nevada’s running back that Tedford spoke of is fifth year senior Toa Taua, who is eighth in the Mountain West with 67.4 rushing yards per game.

It’s a matchup that the Wolfpack could seek to exploit given that the Bulldogs have the conference’s fourth-worst rush defense.

Taua had one of the best games of his career against Fresno State in 2019 when he ran for 135 yards and 1 touchdown.

Last year he only racked up 62 yards on the ground, but he averaged 5.17 yards per carry and could be Nevada’s best bet of pulling off the upset over the ‘Dogs.