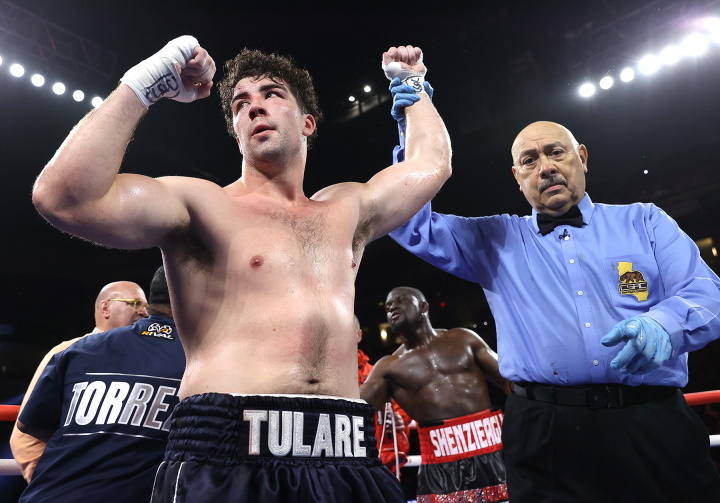 Tulare’s Richard Torrez Jr. is returning to the ring, this time at Madison Square Garden.

Torrez, a graduate of Mission Oak High School, won his first three professional bouts by knockout, the last two coming not even a minute into the fight.

The Olympic Silver Medalist heavyweight will face Egypt’s Ahmed Hefny in a six round fight on Saturday.

Torrez’s fourth professional bout is on the undercard for the main event featuring Vasiliy Lomachenko and Jamaine Ortiz.

As the co-feature fight of the undercard, Torrez’s bout will be just two fights before former world champion Lomachenko takes the ring.

The undercard, which consists of six fights before Torrez, starts at 6:15 p.m. EST and will be broadcast on ESPN+.

Torrez’s debut fight came in March as part of the undercard for famed Avenal native Jose Ramirez at the Save Mart Center in Fresno.

He took out Allen Melson in the second round.

Torrez’s second fight was in July at Pechanga Resort and Casino in Temecula, where he beat Roberto Zavala Jr. in 58 seconds.

His last fight was a 44-second knockout of Marco Antonio Canedo in Tulsa.