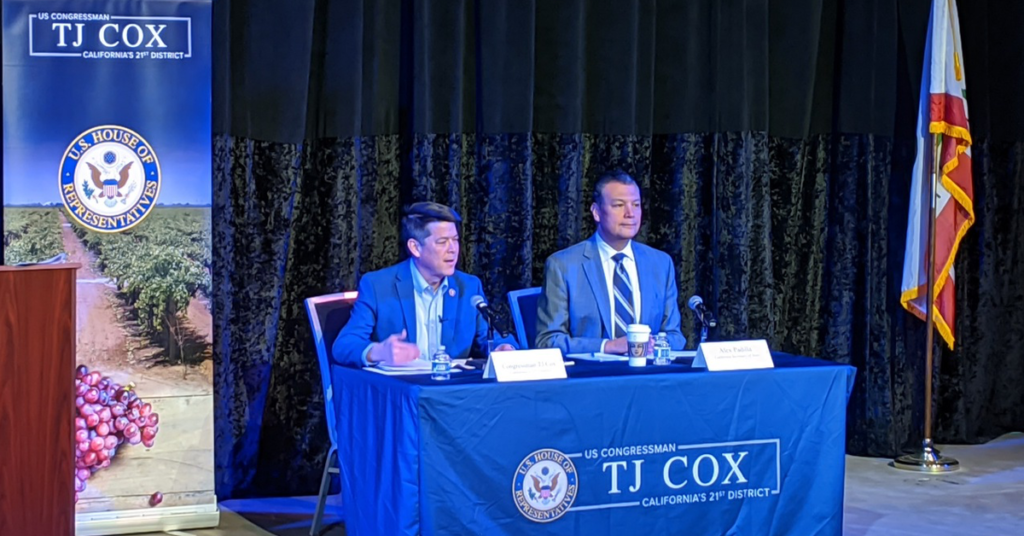 Cox and Padilla’s town hall kicked off with an all-Spanish language skit put on by the Sierra Health Foundation about the 2020 census.

After the skit finished, several attendees asked why there was not an English translation, or if there was going to be a skit in English so they could understand what was going on.

They did not rerun the skit in English, but Padilla gave a short explanation calling it an “artistic expression of a lot of basic questions that a lot of people have about the census.”

The event, at times, bordered on frenetic as several attendees voiced their concerns to Cox and Padilla about voter fraud and and the upcoming election.

Padilla would ultimately get stuck having to answer questions about election security and implementing voter ID laws.

Amid the buzzing of the crowd, Cox attempted to clear things up and posed his own question to Padilla: “I think this is what you guys may be asking about – how do you ensure that the voters voting are actually eligible to vote, that they’re citizens?”

Padilla refused to directly respond to Cox’s question and did not discuss voter ID, instead taking the opportunity to promote California’s success against voter fraud.

In the question-and-answer segment of the town hall, several people voiced their displeasure that their questions that they submitted beforehand were not being asked, so they started shouting them out.

One person asked Cox if he intends to vote for Sen. Bernie Sanders (D–Vt.) for president. Cox declined to answer the question. He has yet to publicly endorse a candidate for President.

Amid the frequent outbursts that clouded the town hall, Cox and Padilla discussed the new voting system in Fresno County under California Voter’s Choice Act, which was passed in 2016.

A select number of vote centers will open on Saturday, Feb. 22. and remain open each day until polls close on March 3.